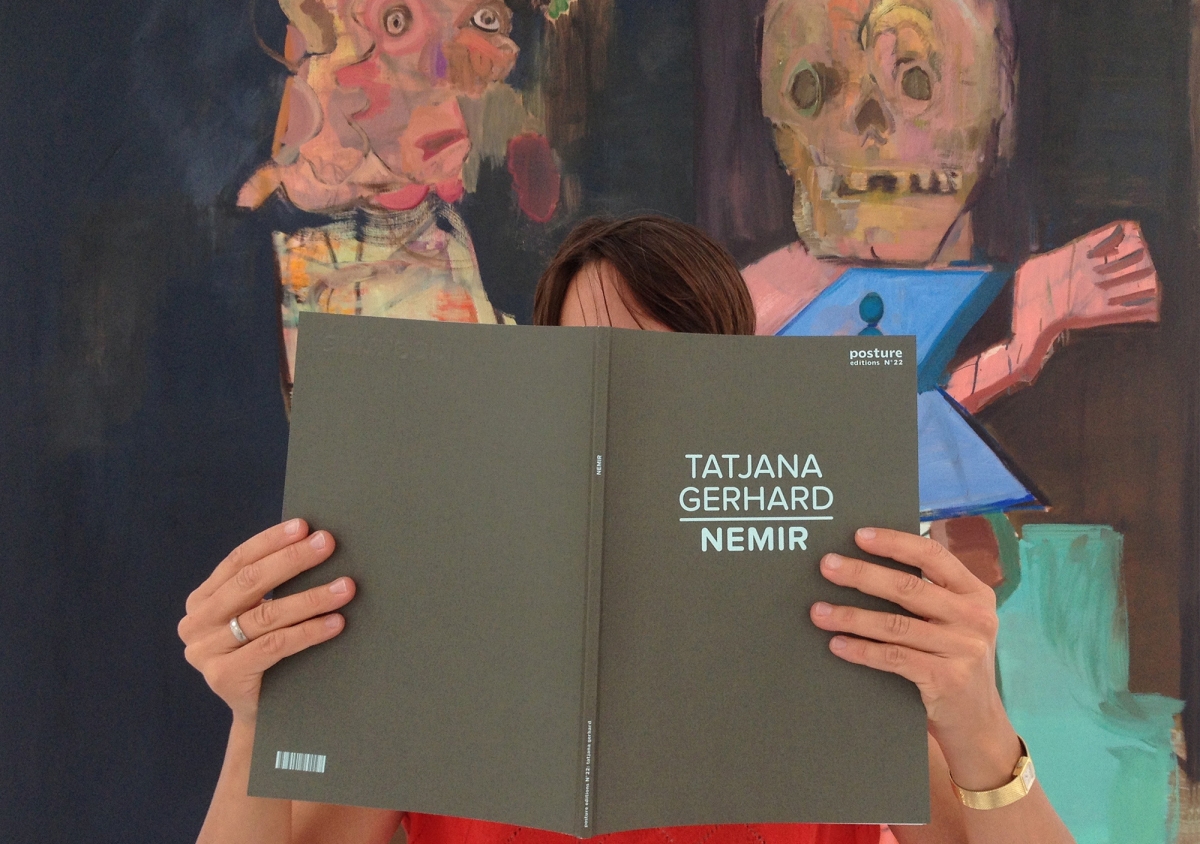 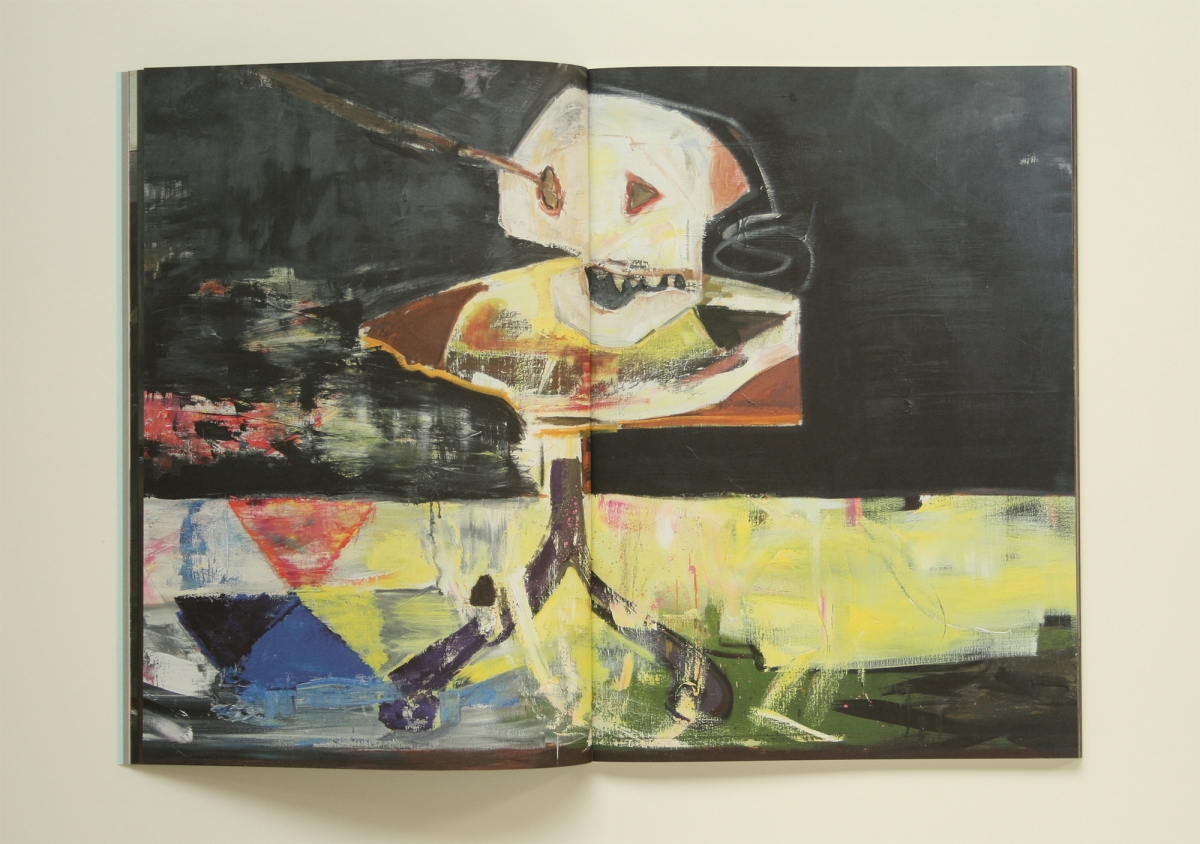 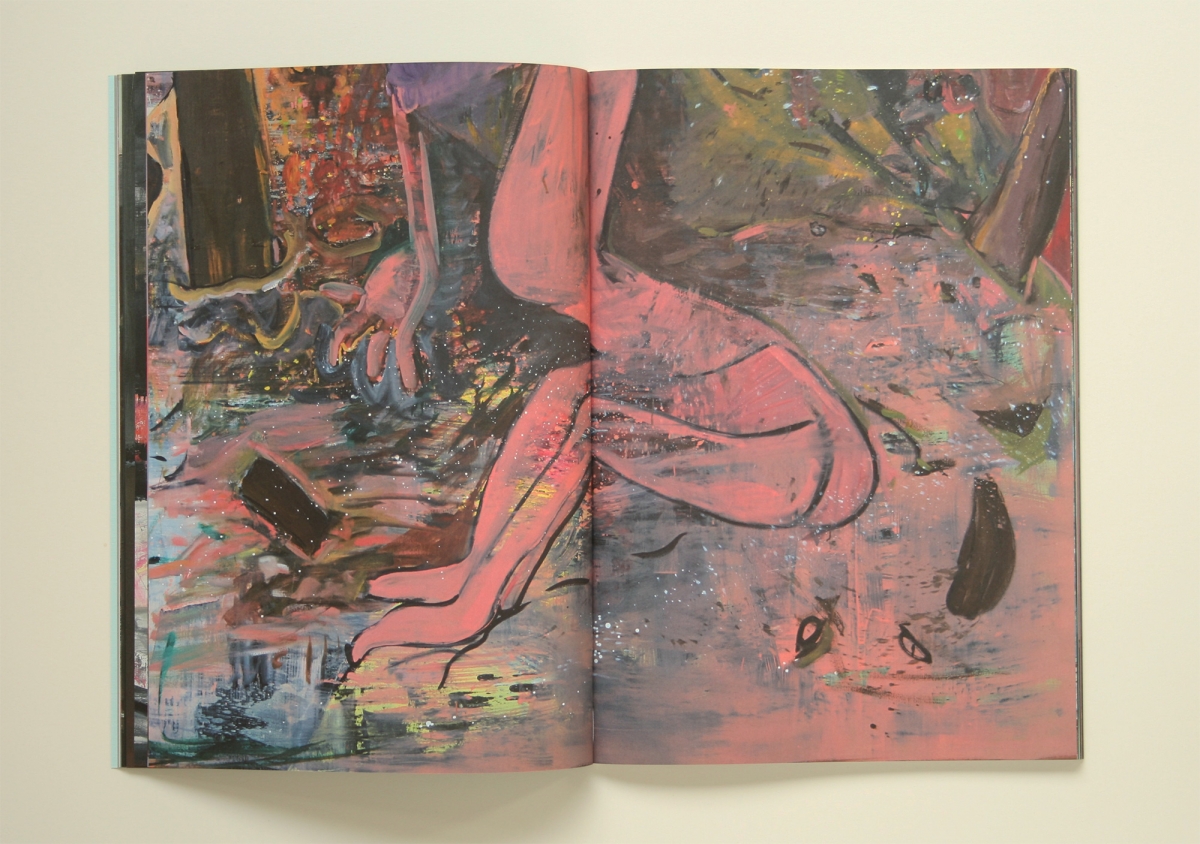 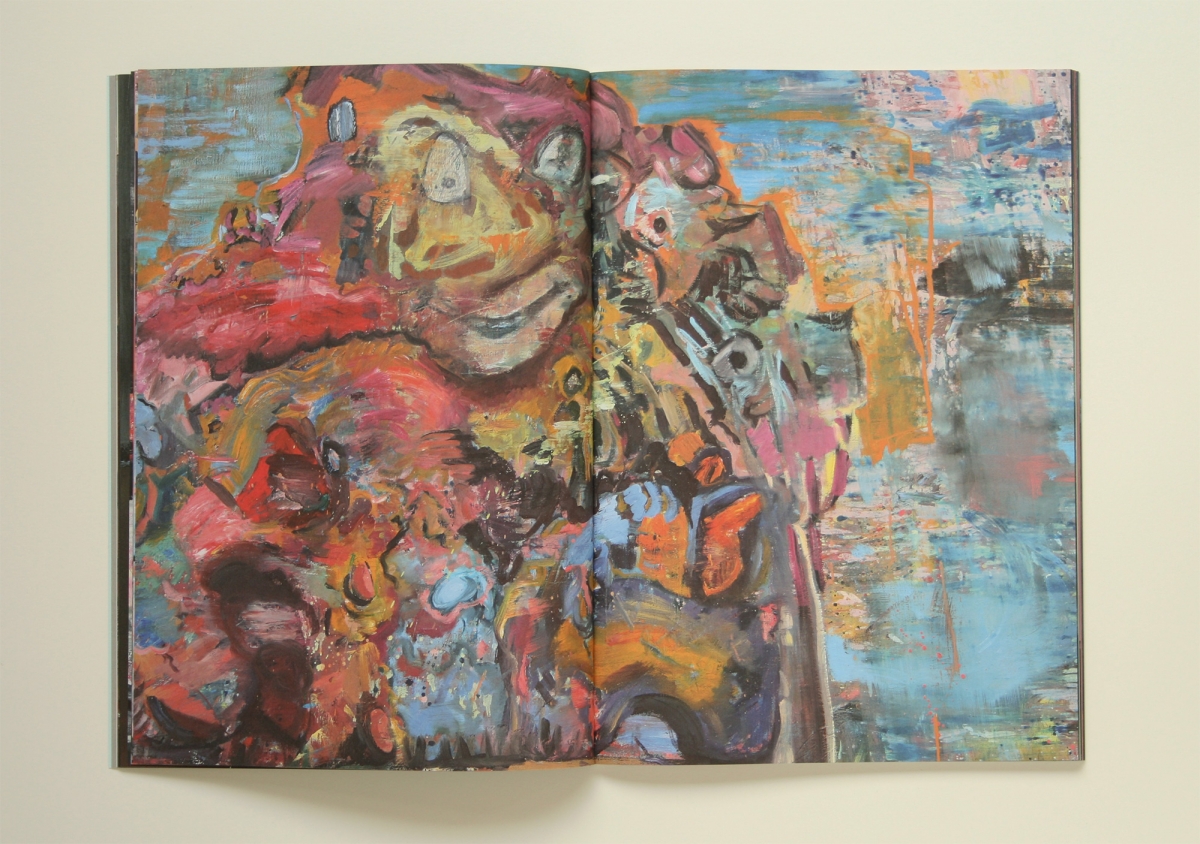 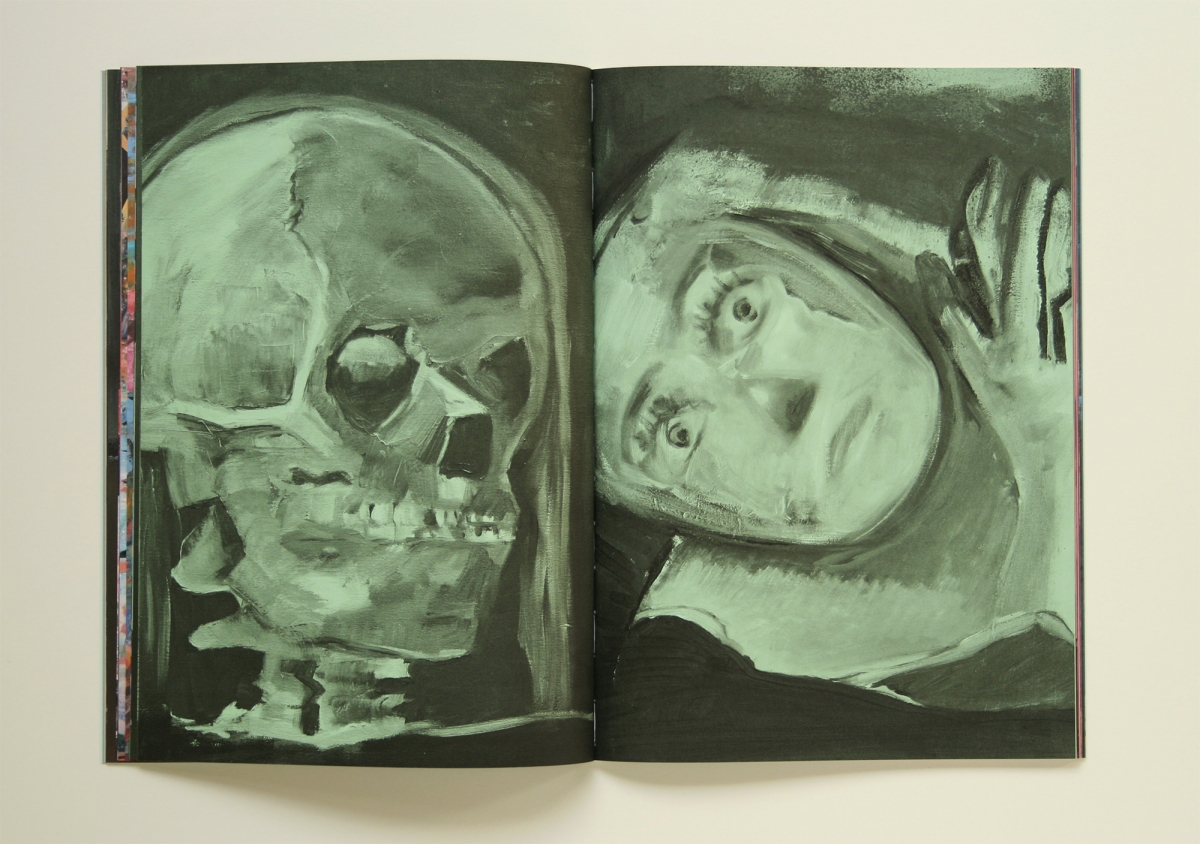 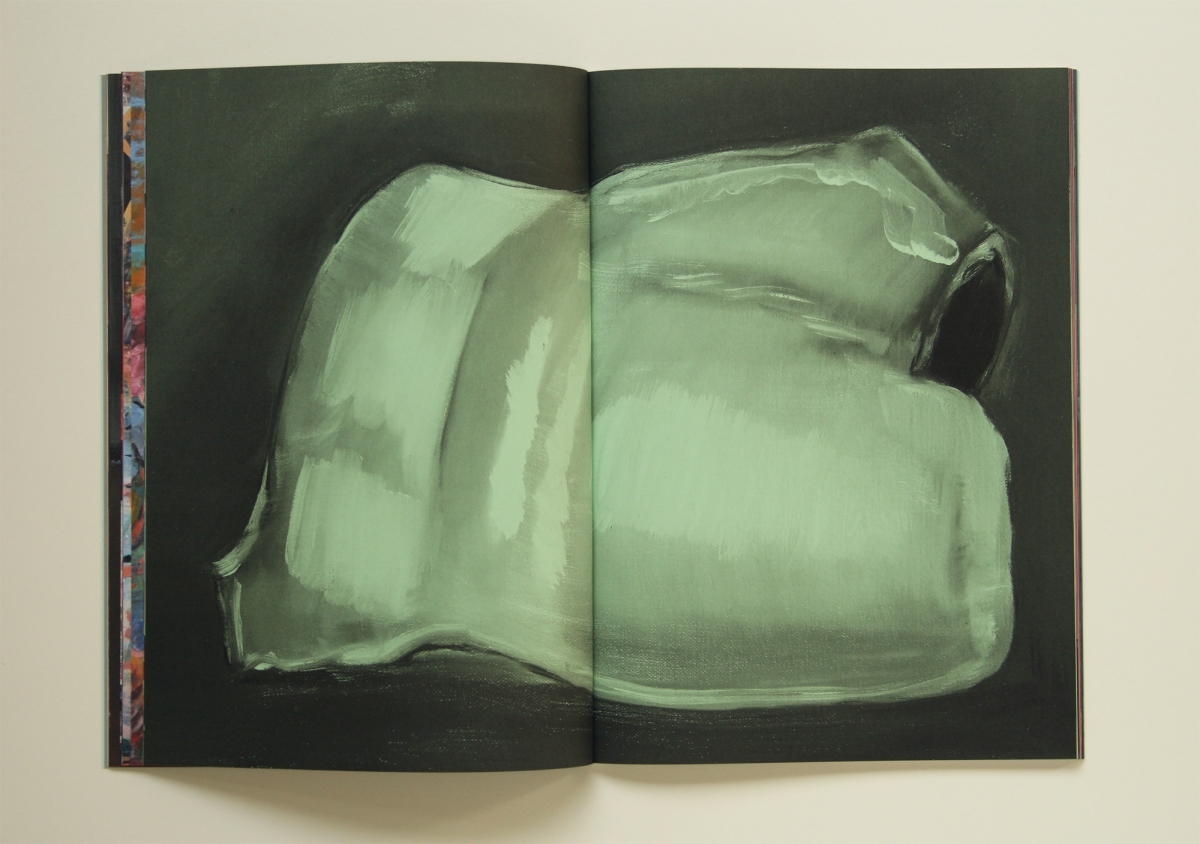 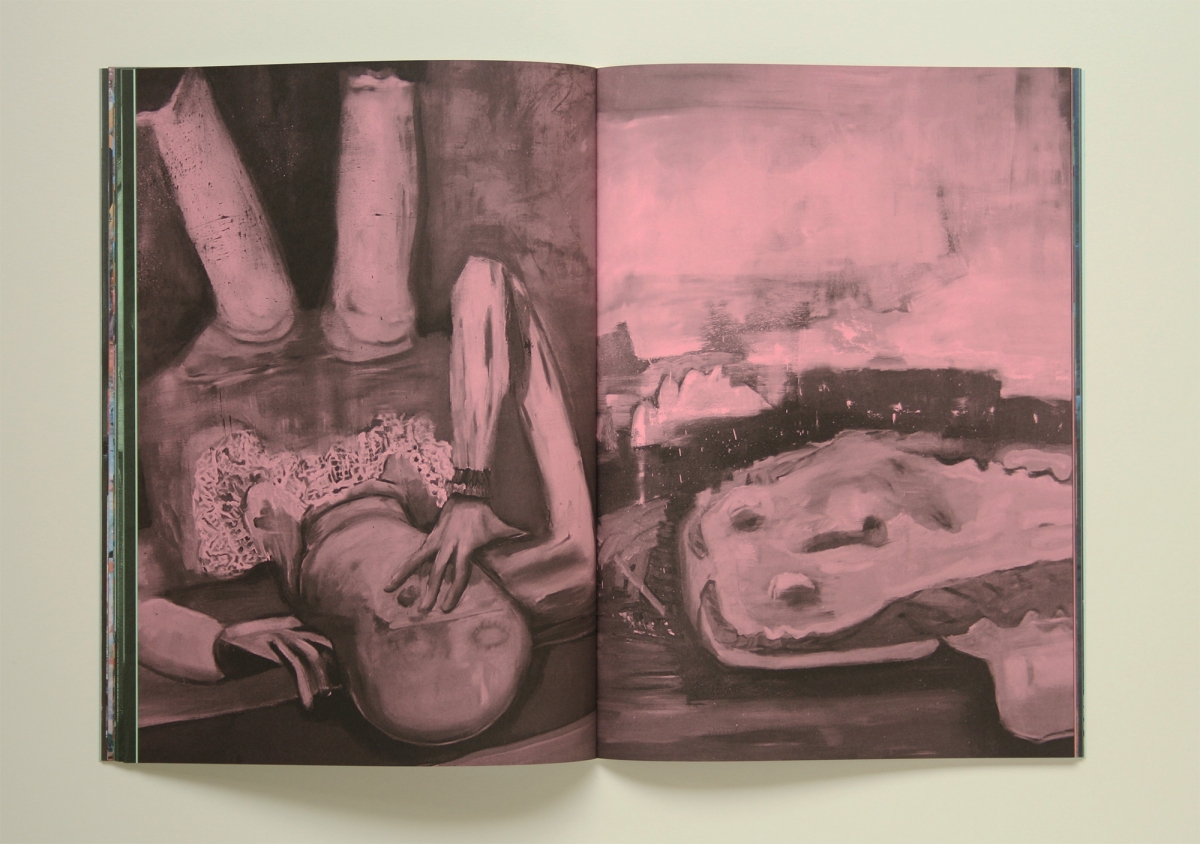 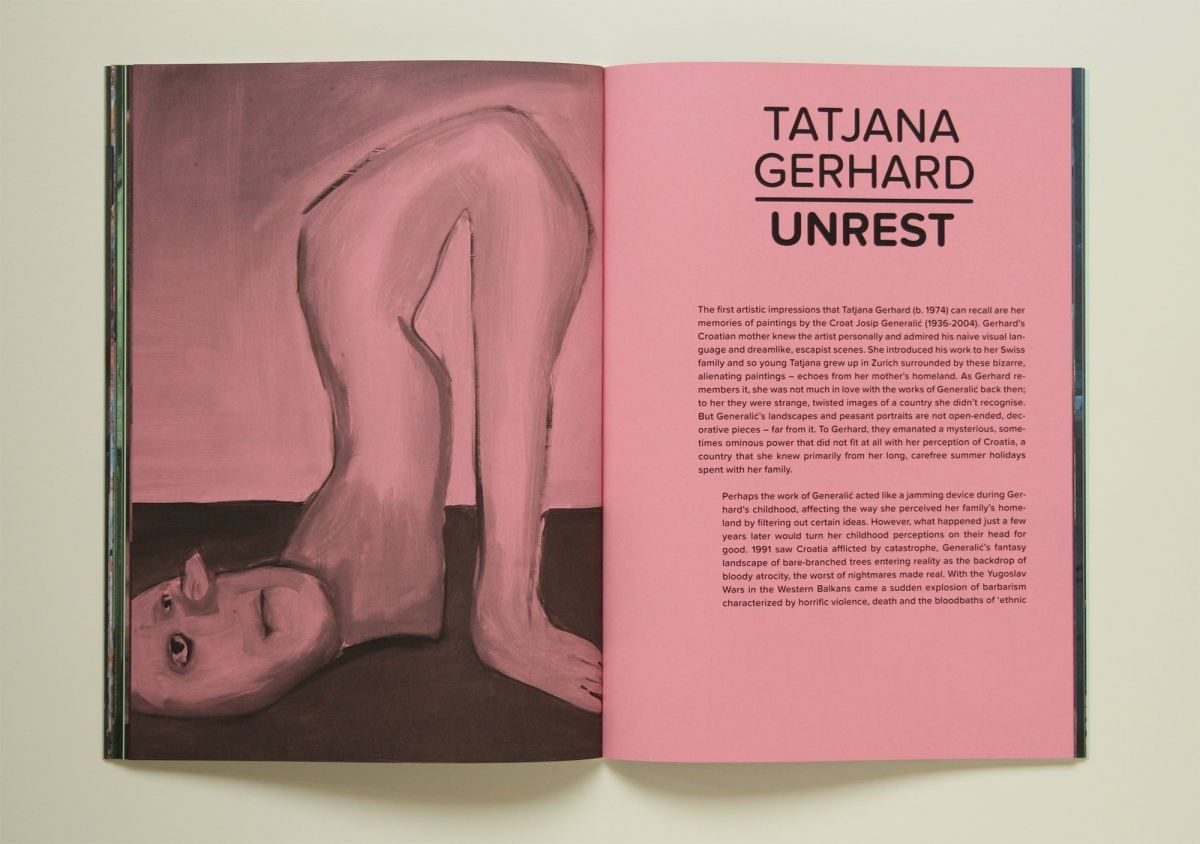 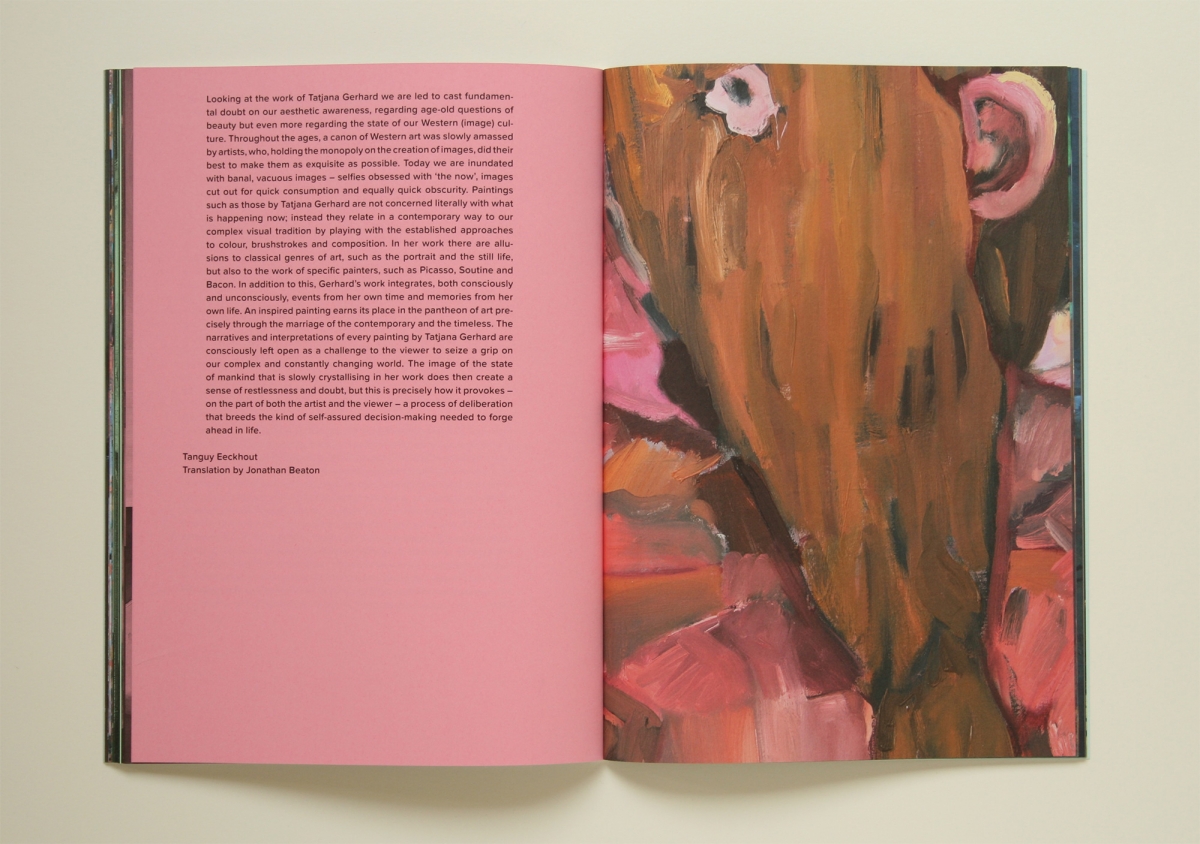 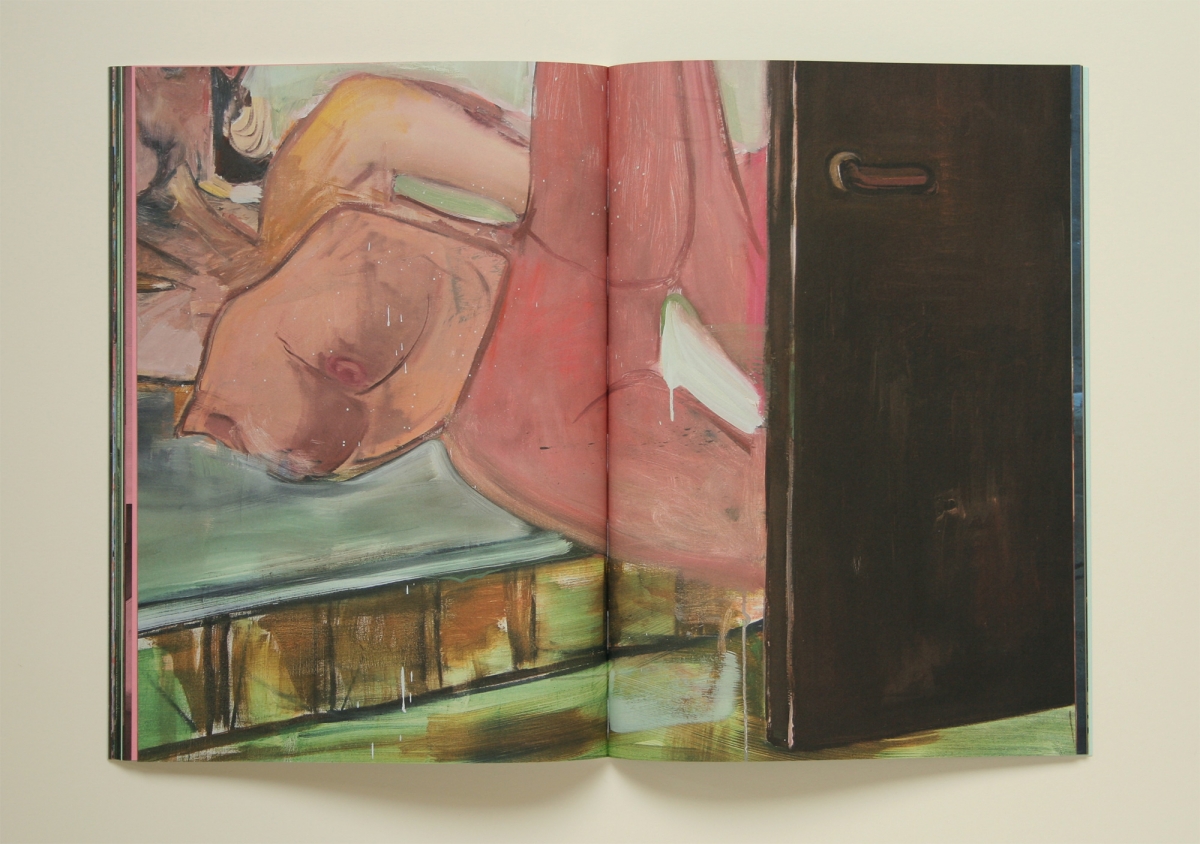 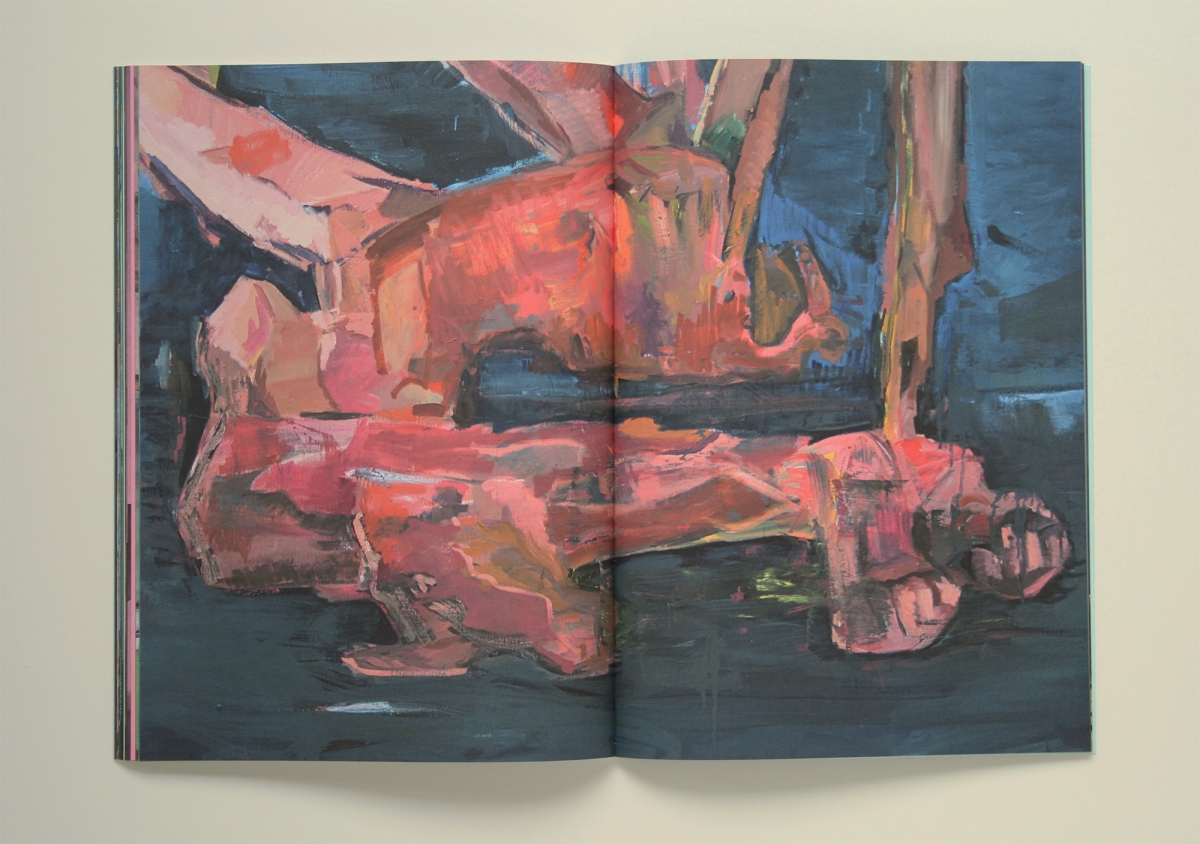 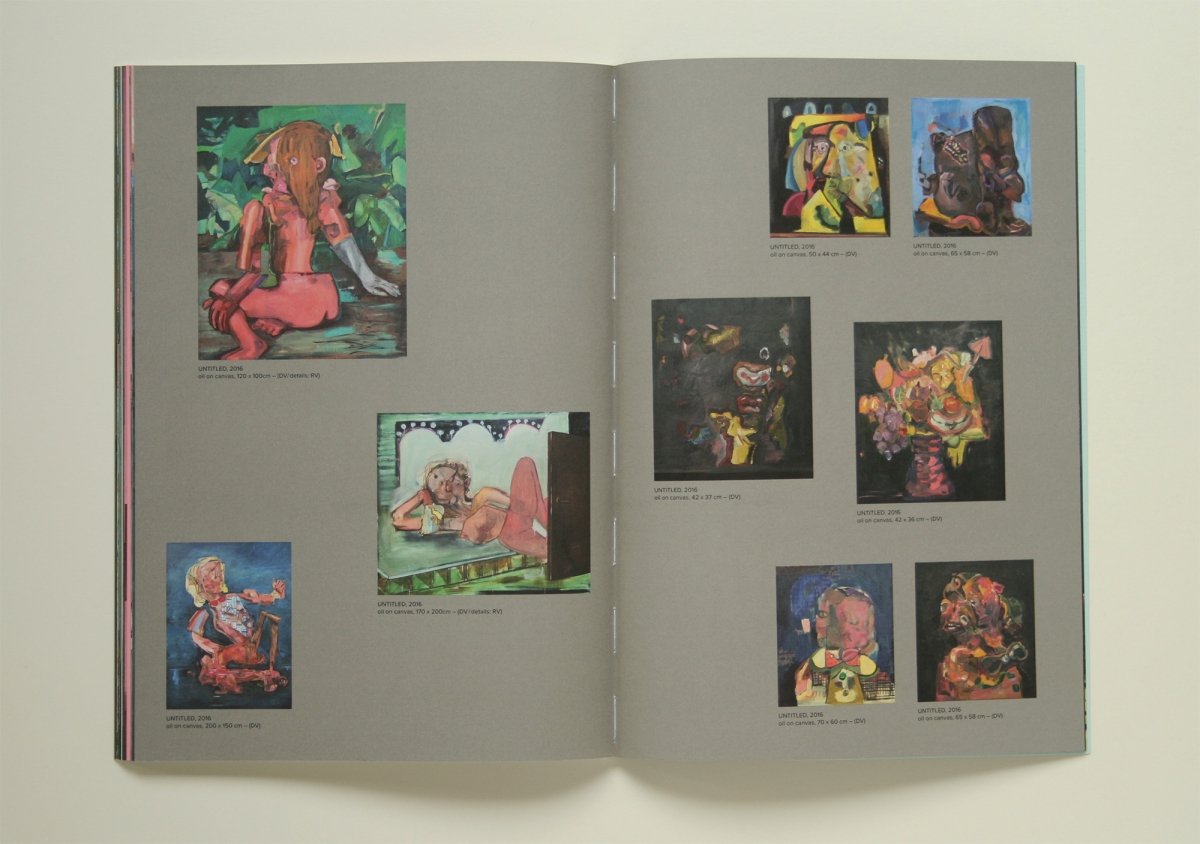 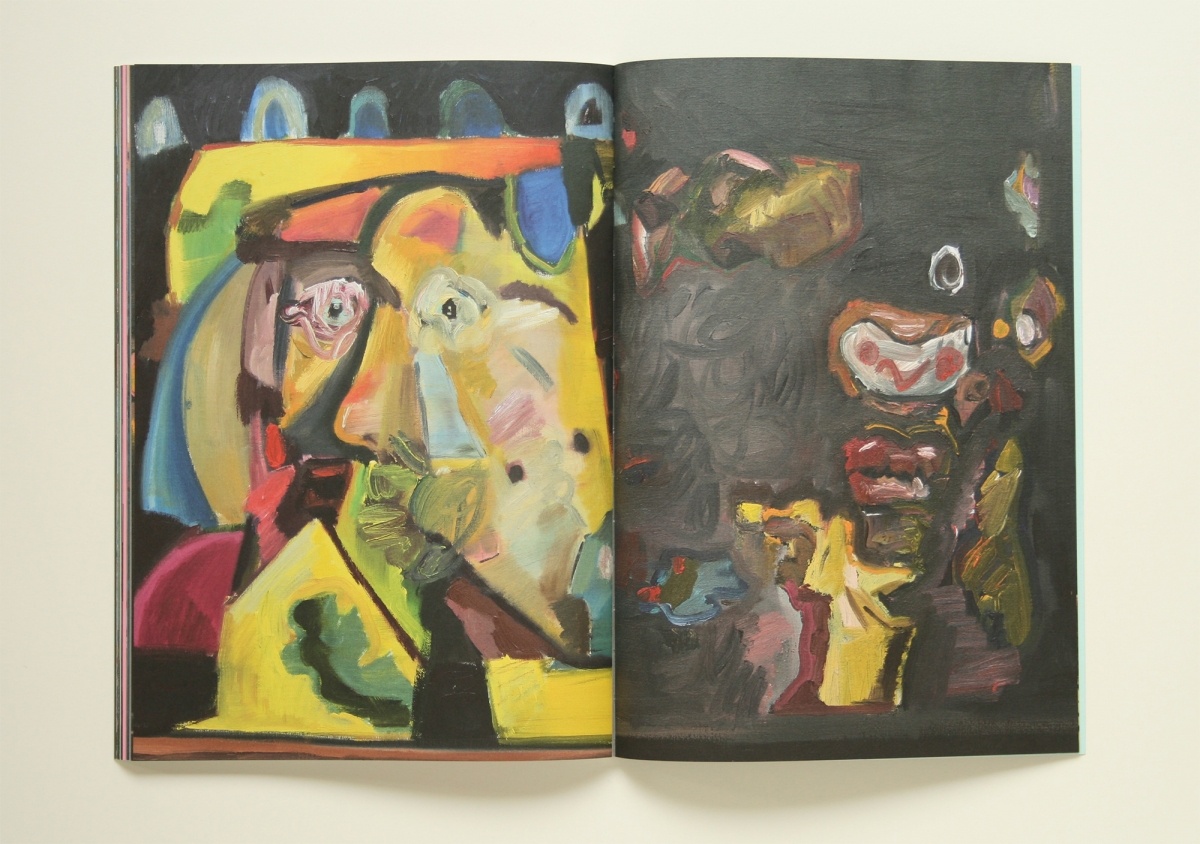 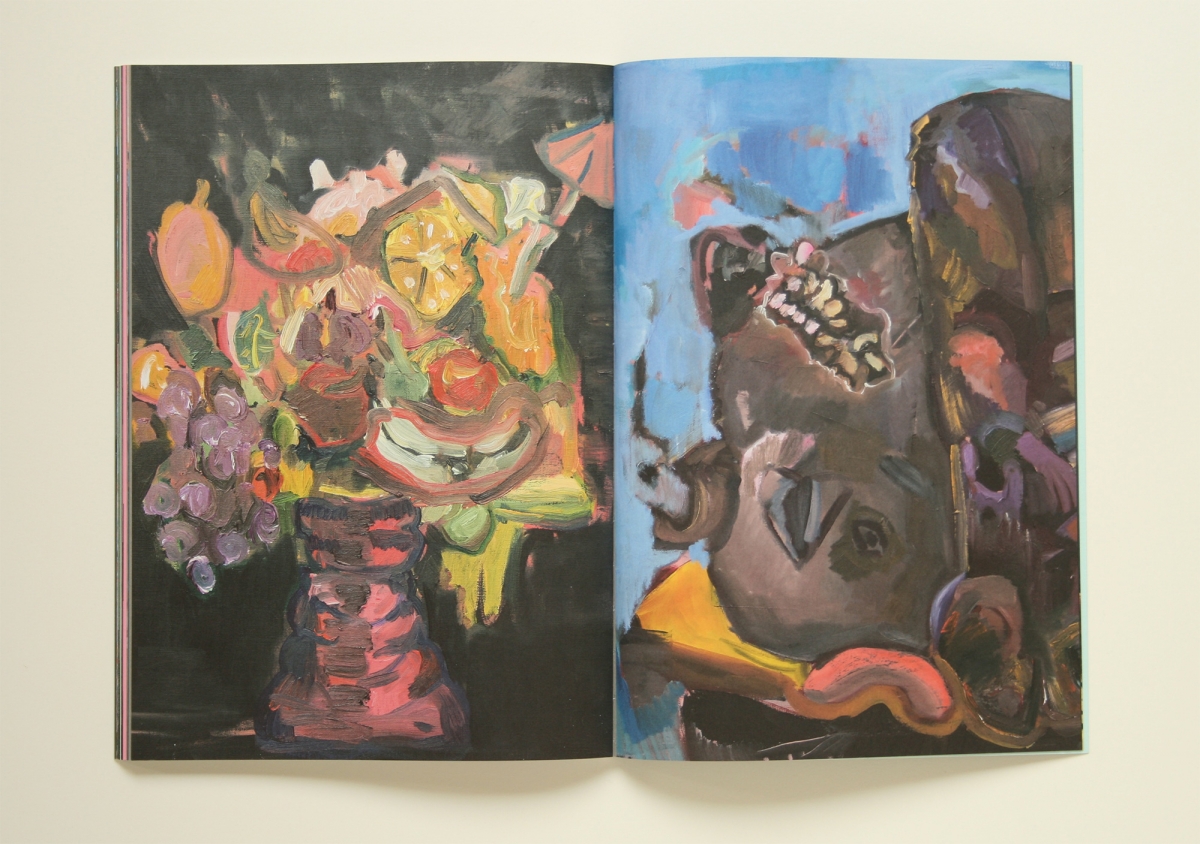 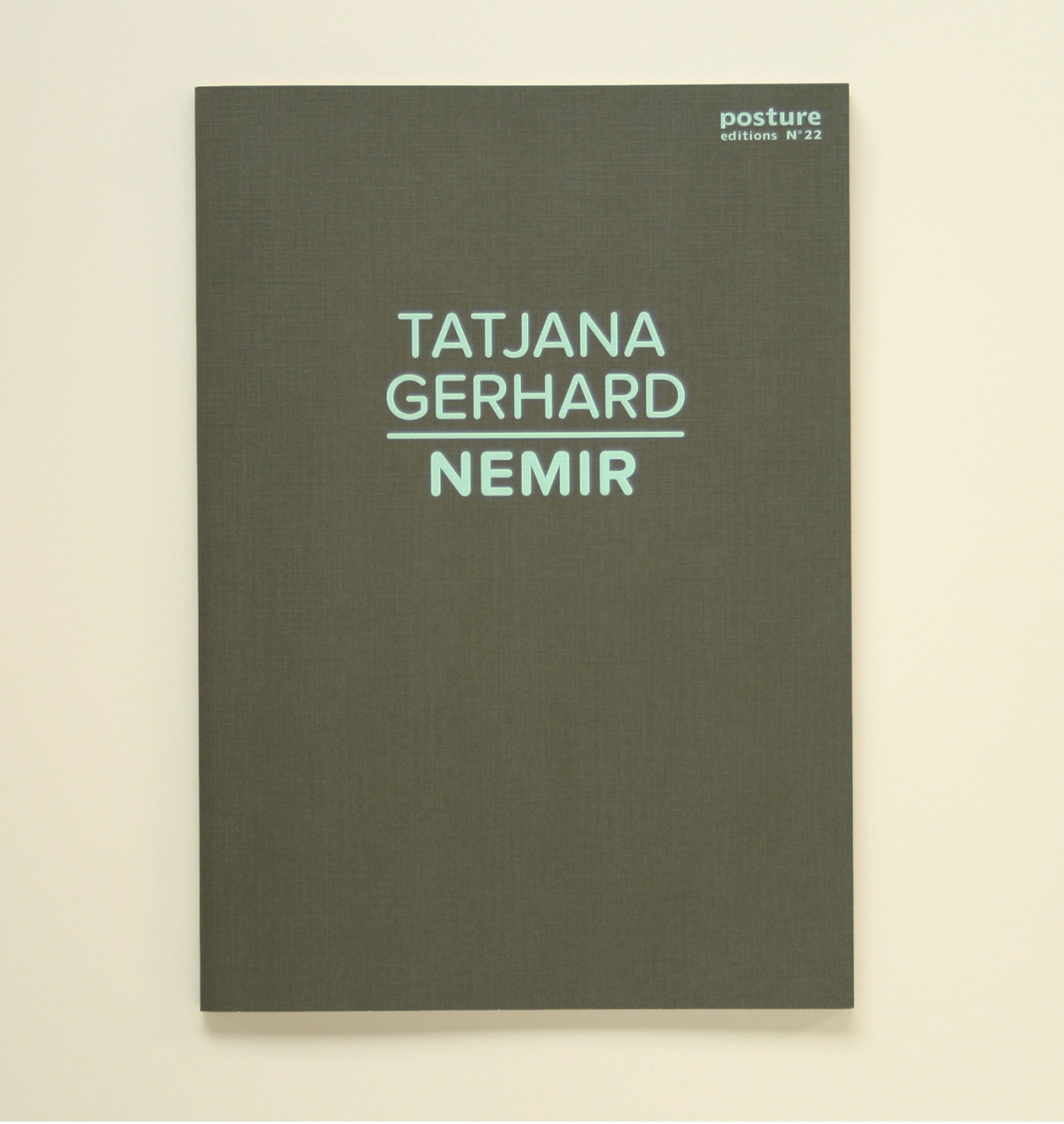 “Tatjana Gerhard (b. 1974) is an artist for whom painting is a tool to reflect a form of figuration that oscilates between a naive narration and an existential solitude. The human figure is disguised and appears to be a character in often undefinable spaces. Behind the gentleness of the brushstrokes hides an uncomfortable vision on the human species. With her work Tatjana Gerhard takes a painterly position where reminiscenses can be found of artists such as a.o. James Ensor, Emile Nolde or George Condo. Her work is idiosyncratic and genuine affirming the necessity to further reflect upon the human figure in painting.” Philippe van Cauteren.
“The work of Tatjana Gerhard confronts us with a certain sense of unrest, a feeling that the artist no doubt experiences while at work in her atelier. The art world may seem for many a social and mundane affair, but the life of the artist is often one of loneliness and doubt and the restlessness that results from this. This existential ill-ease that nestles in Gerhard’s work is visually manifest as the alienated person in an undefined space. The world portrayed by Gerhard is hard to accept at first and yet, strangely, very relatable. As a viewer you wander through the sometimes obscure chambers of the artist’s imagination, before finally getting lost and coming out the other side wound up in your own existential questions. Although Gerhard’s paintings may seem forceful, with her images the artist only ‘forces’ our way of viewing to twist and turn back on itself; she doesn’t like to explain herself and most of her works never receive a title. This is a conscious choice as words often give an all-too-clear and one-dimensional meaning to a work, or serve to make the image purely anecdotal. Gerhard succeeds in making images that have immense presence and yet remain ambiguous. This is typical of her searching approach to painting, in which it is no less challenging for the artist to gain a grip on her images as it is for the viewer.”
From: ‘Tatjana Gerhard, Unrest’ Tanguy Eeckhout, in: Nemir.

Launched at Museum Dhondt-Dhaenens, 18.09.2016
With the support of MDD, Gallery Deweer, Otegem and the Province of East-Flanders