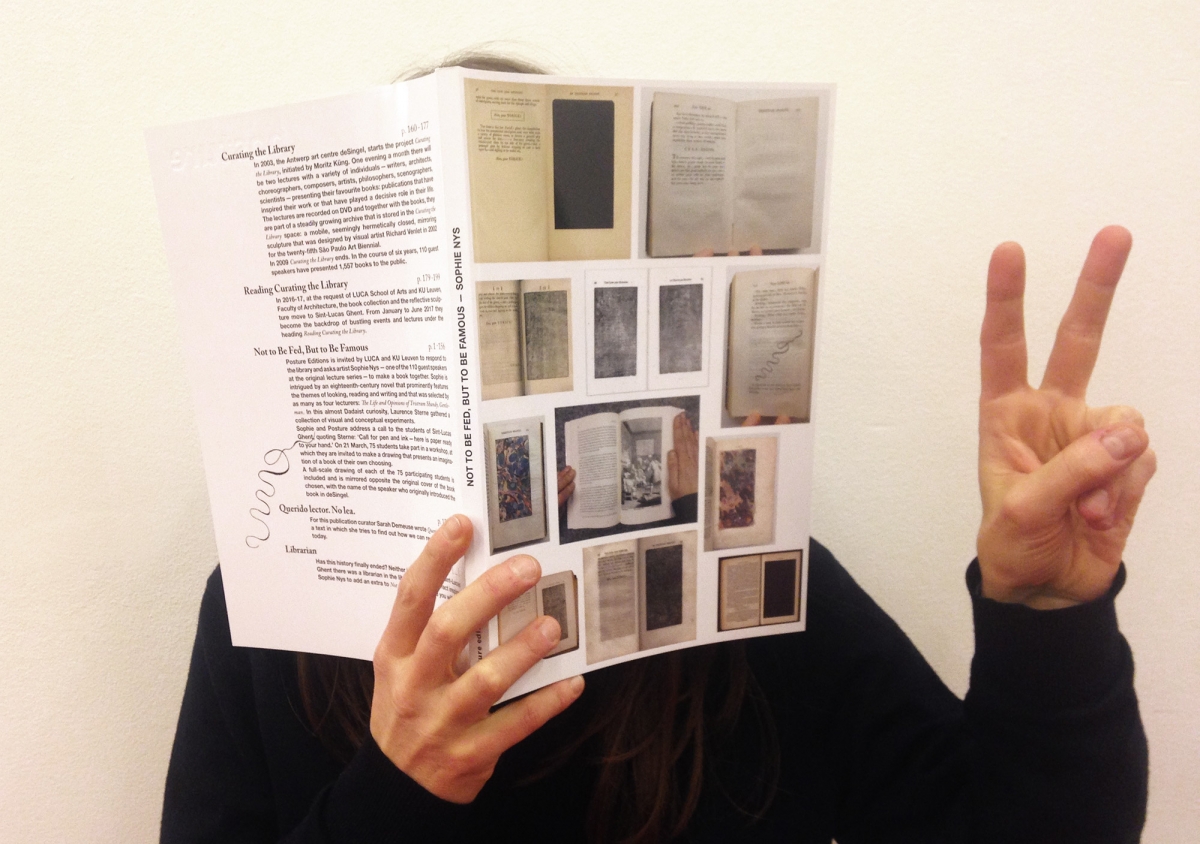 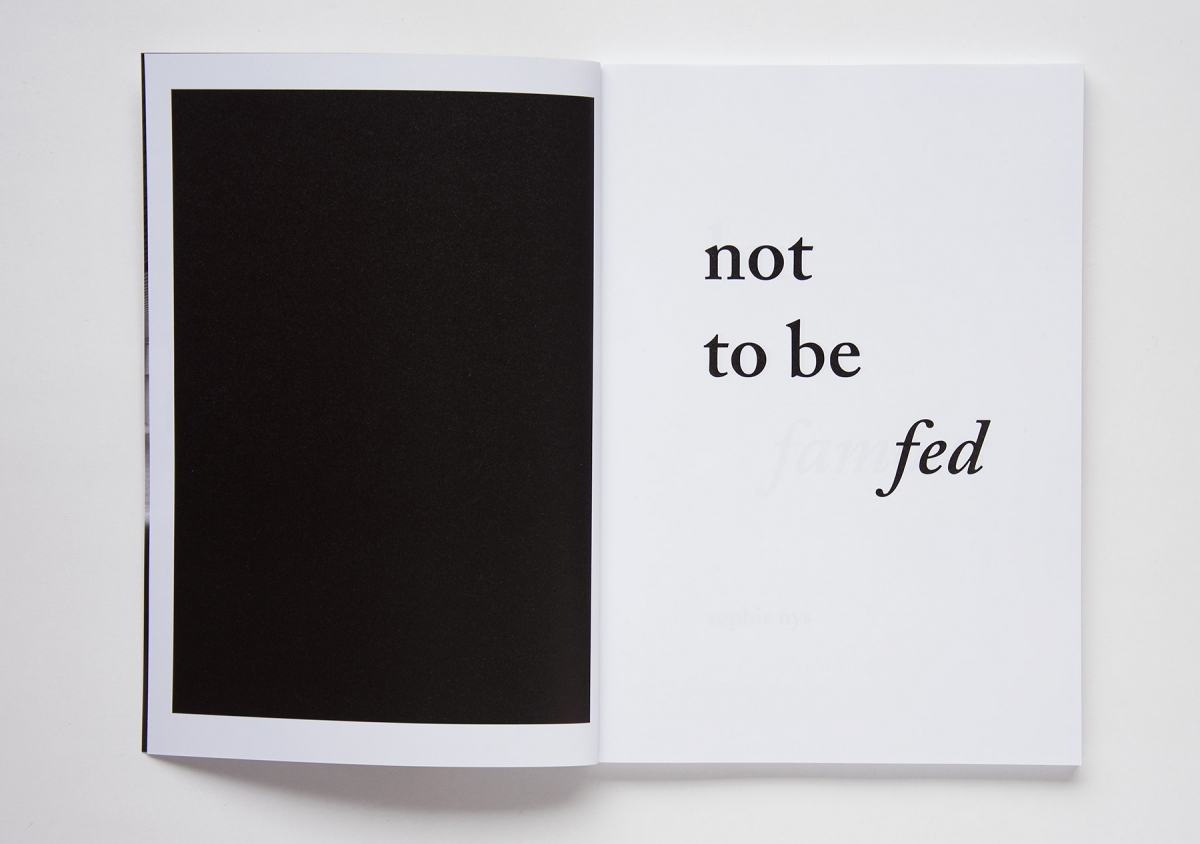 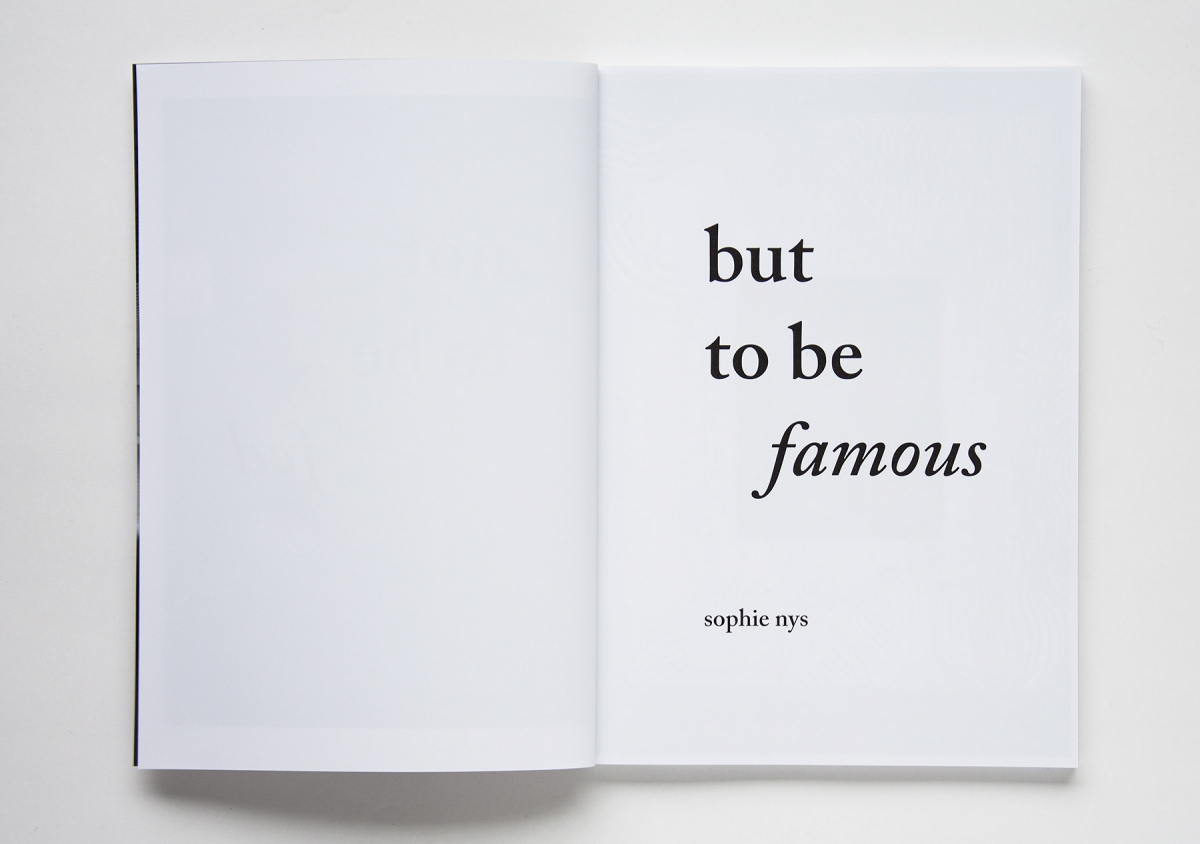 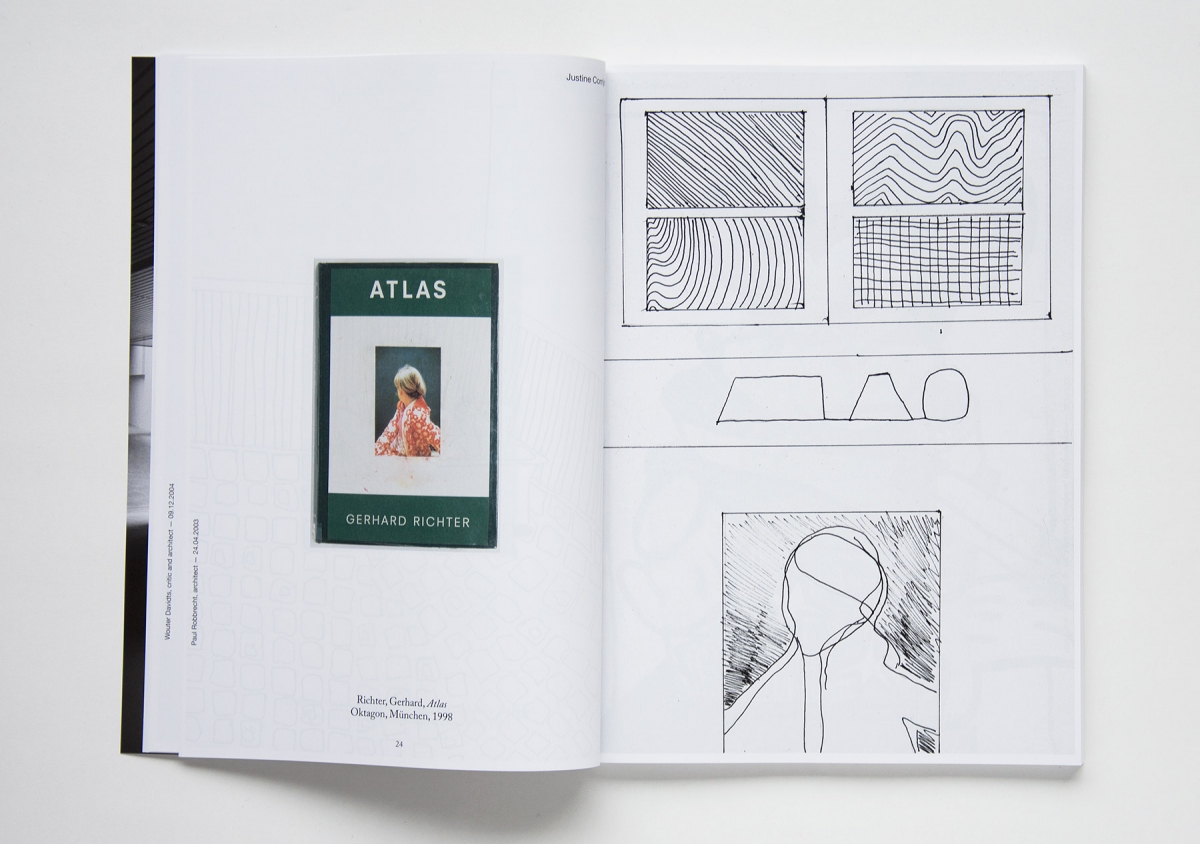 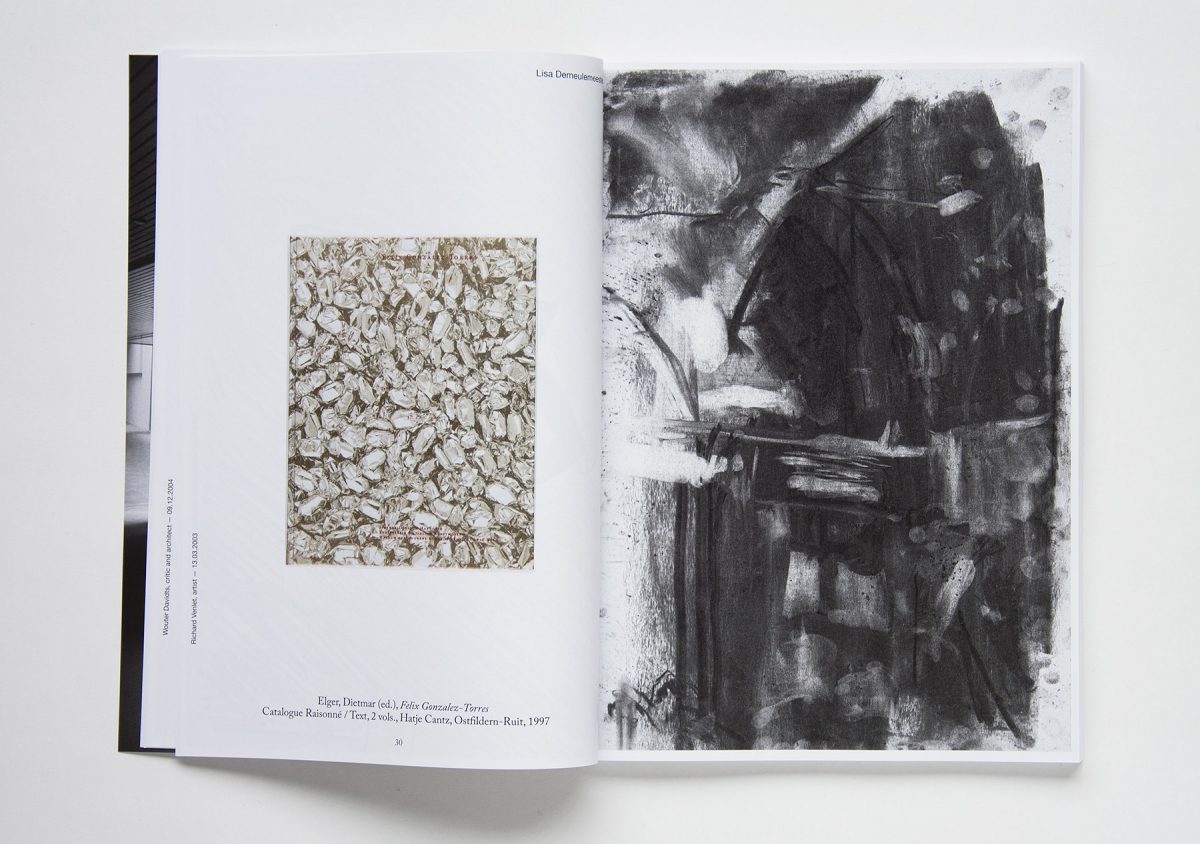 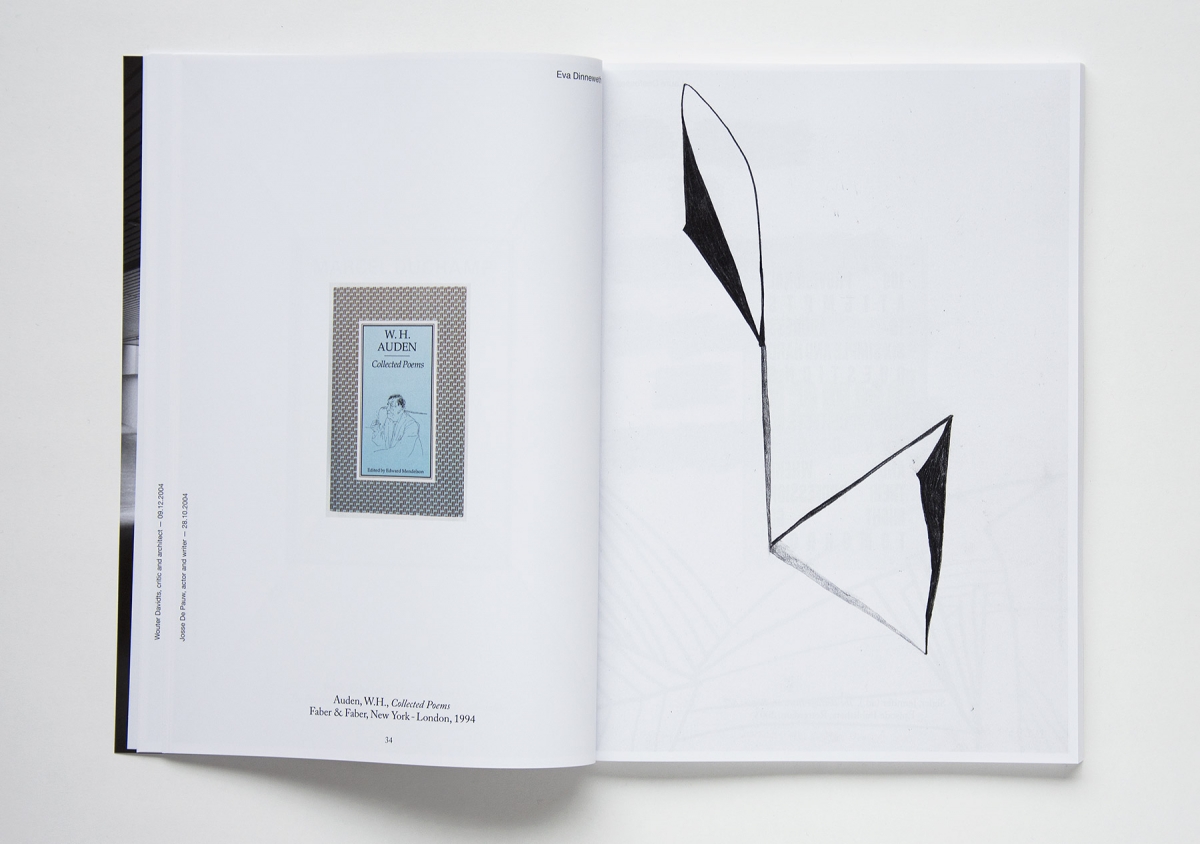 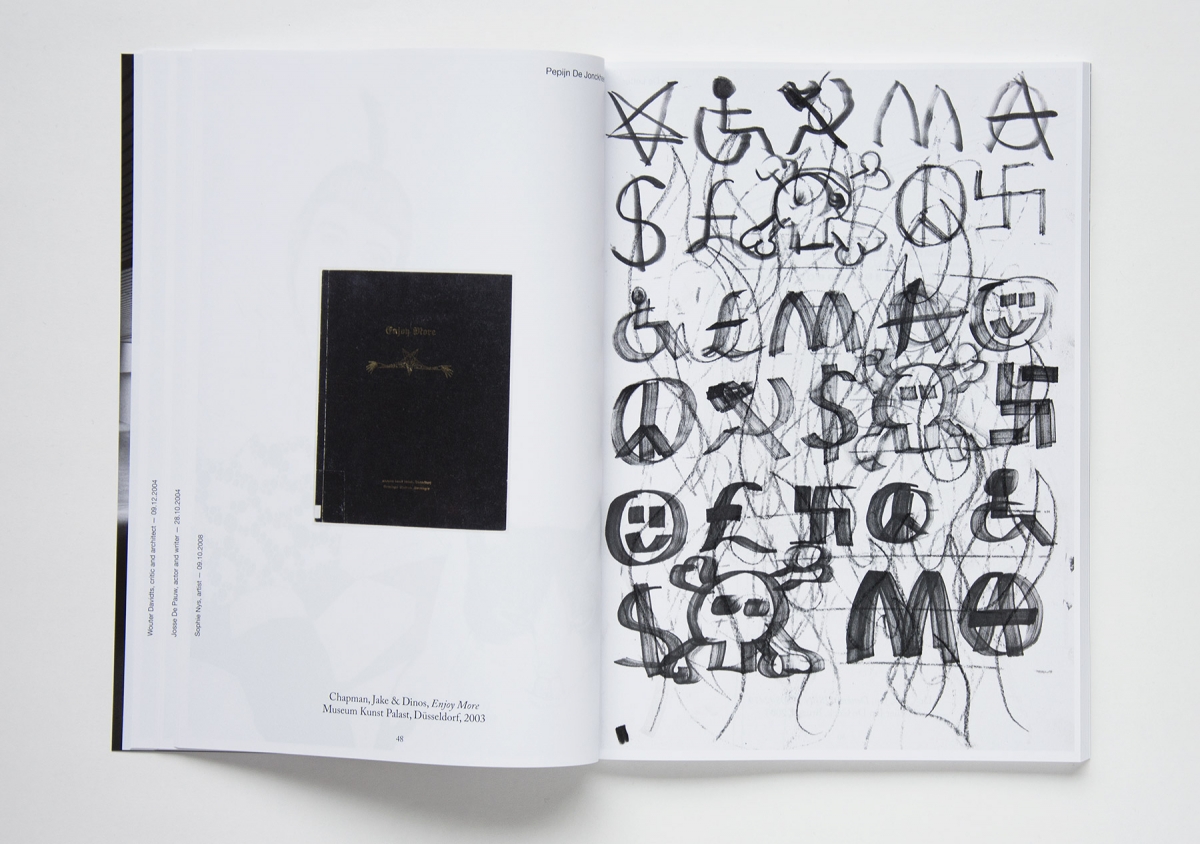 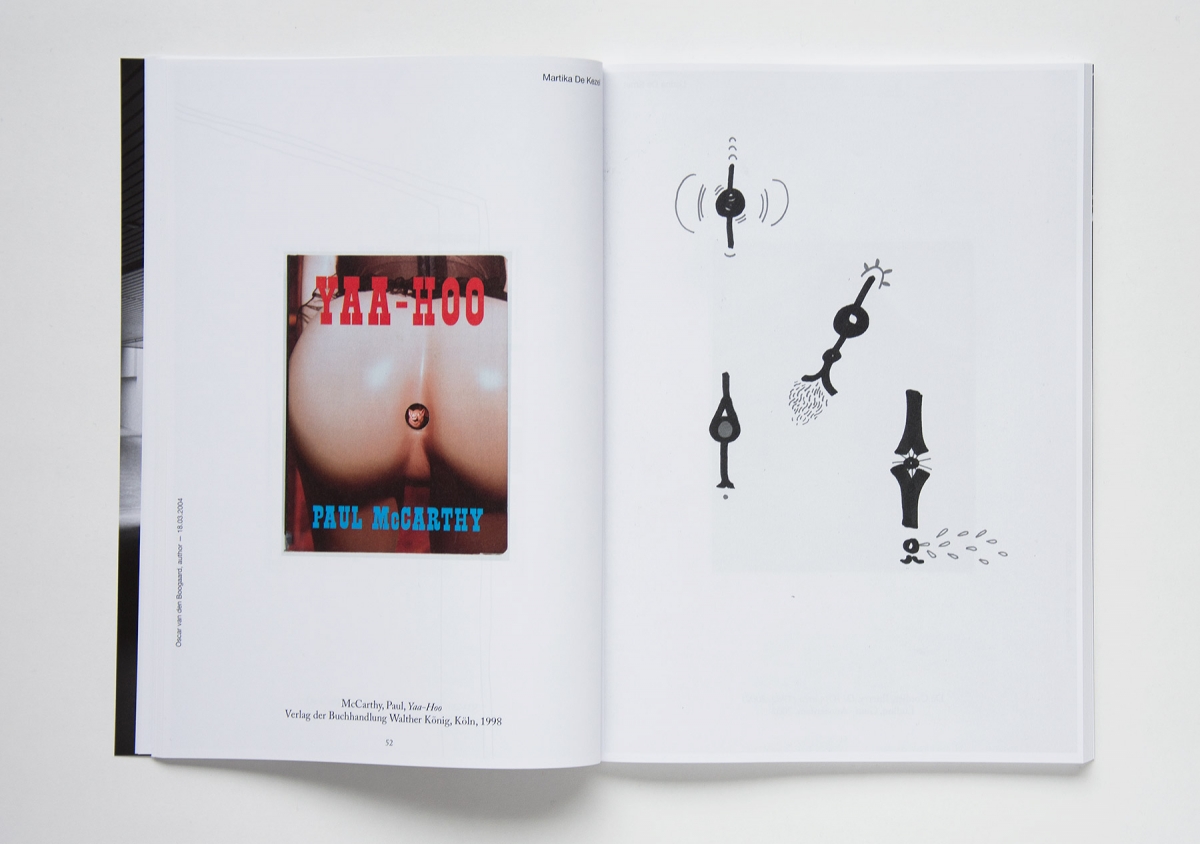 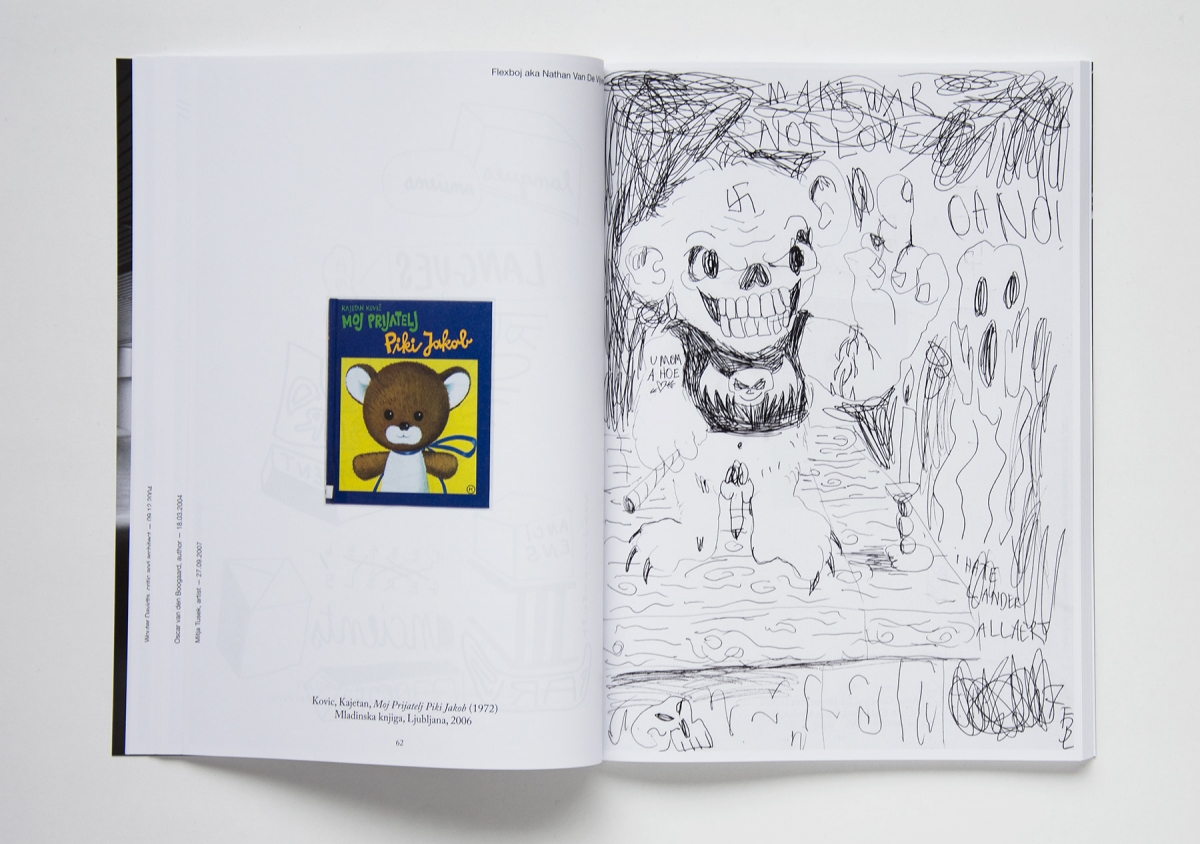 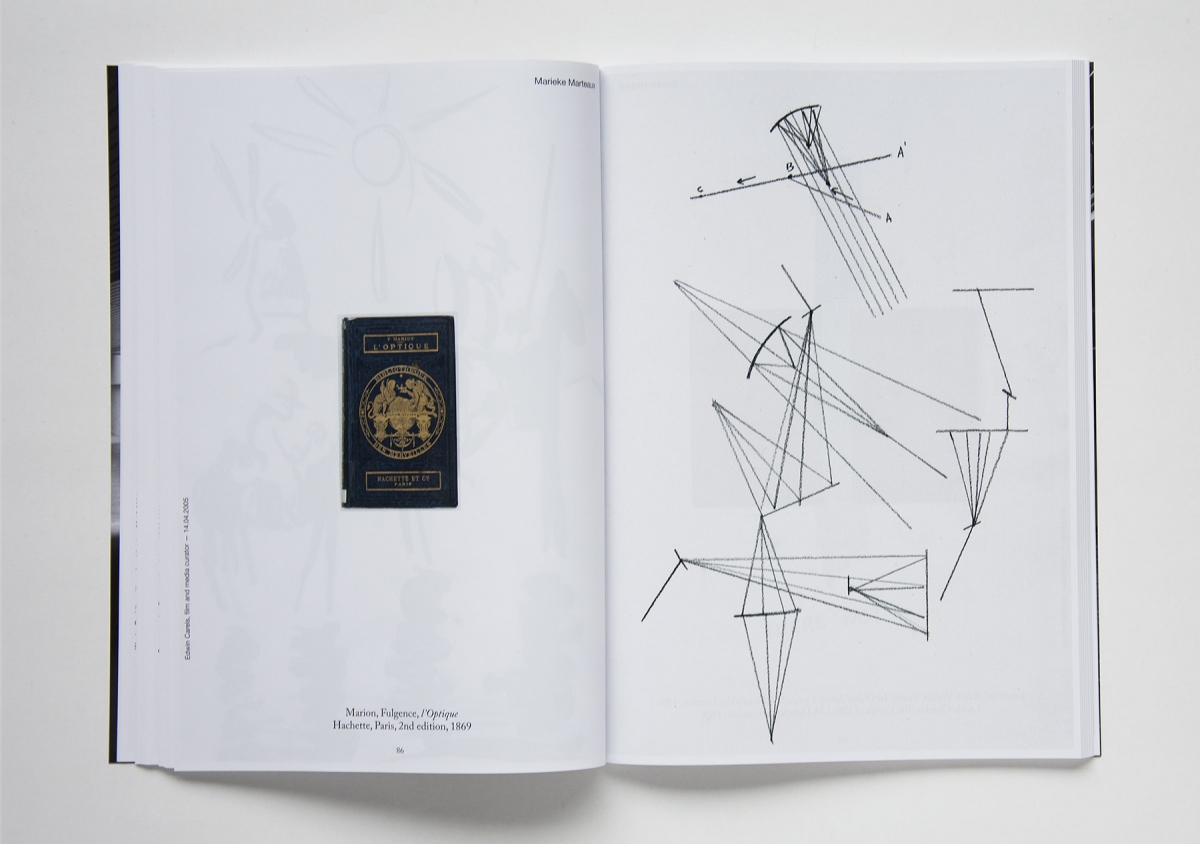 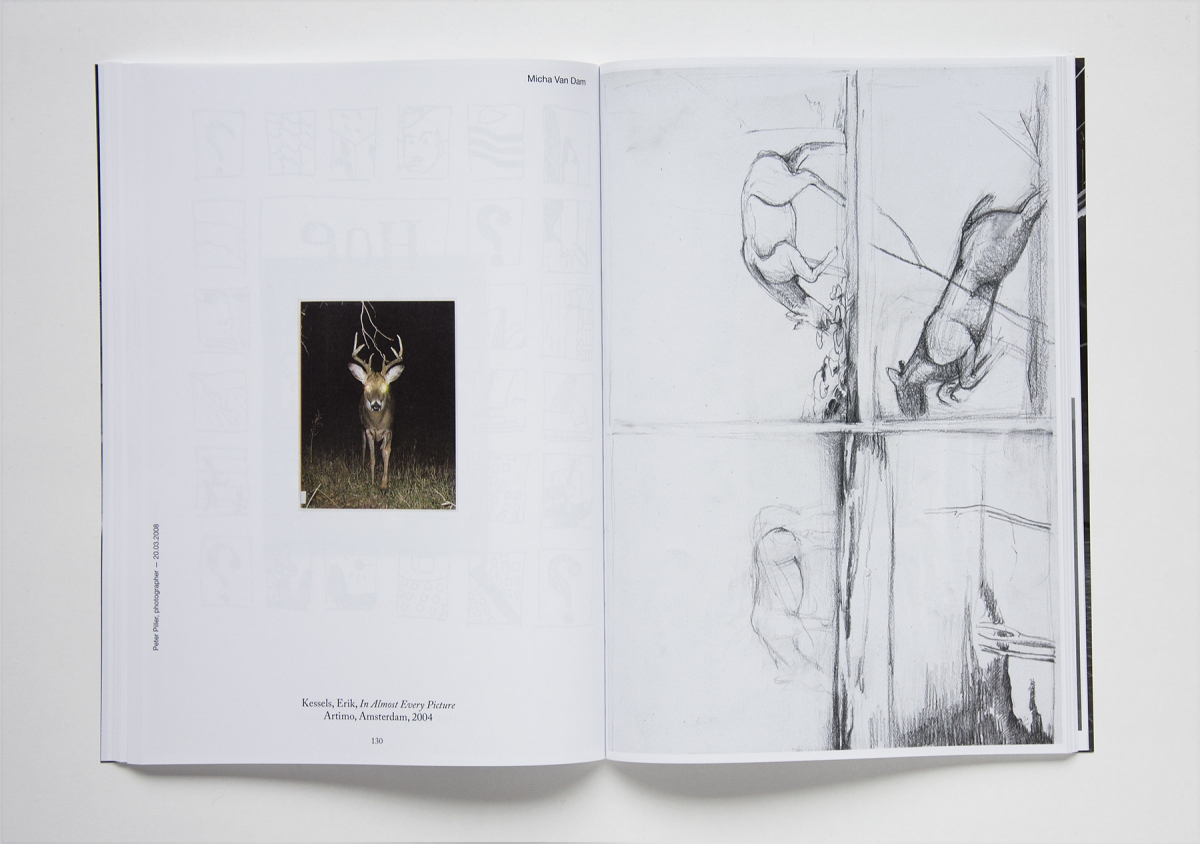 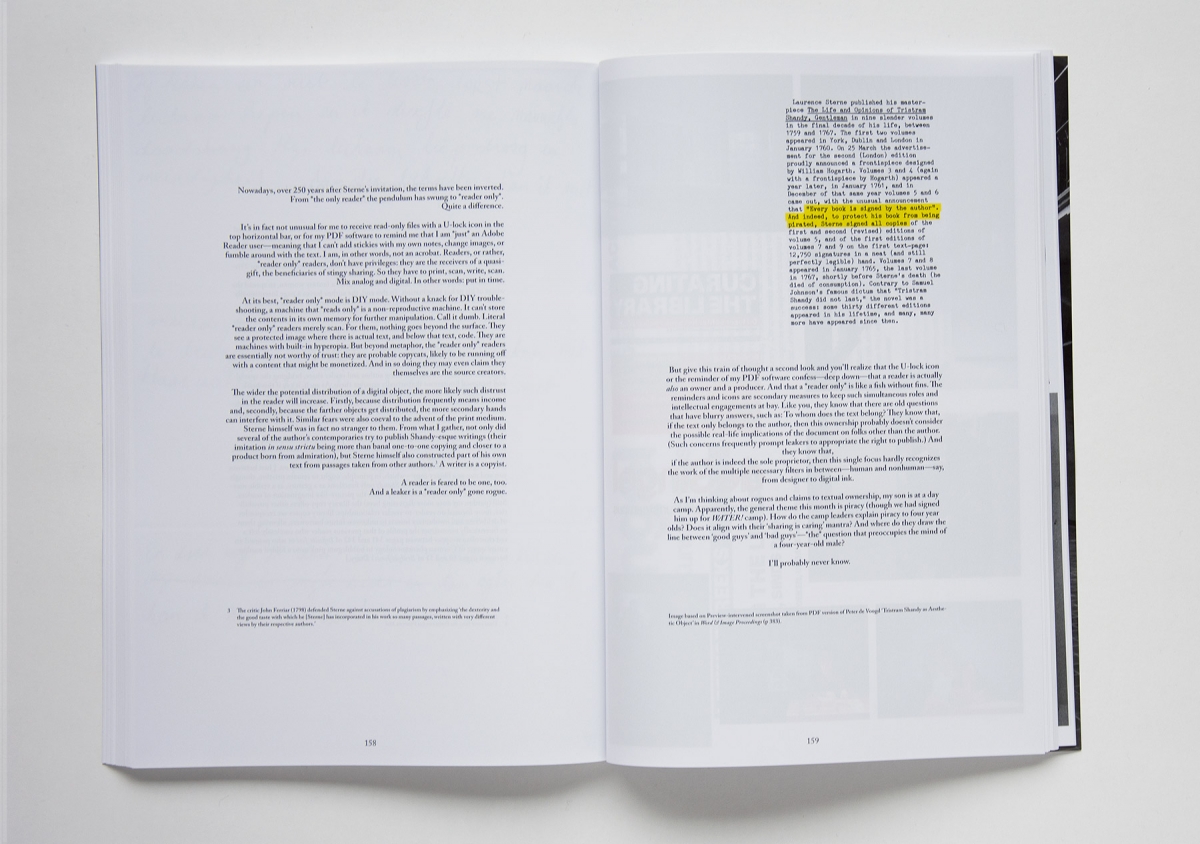 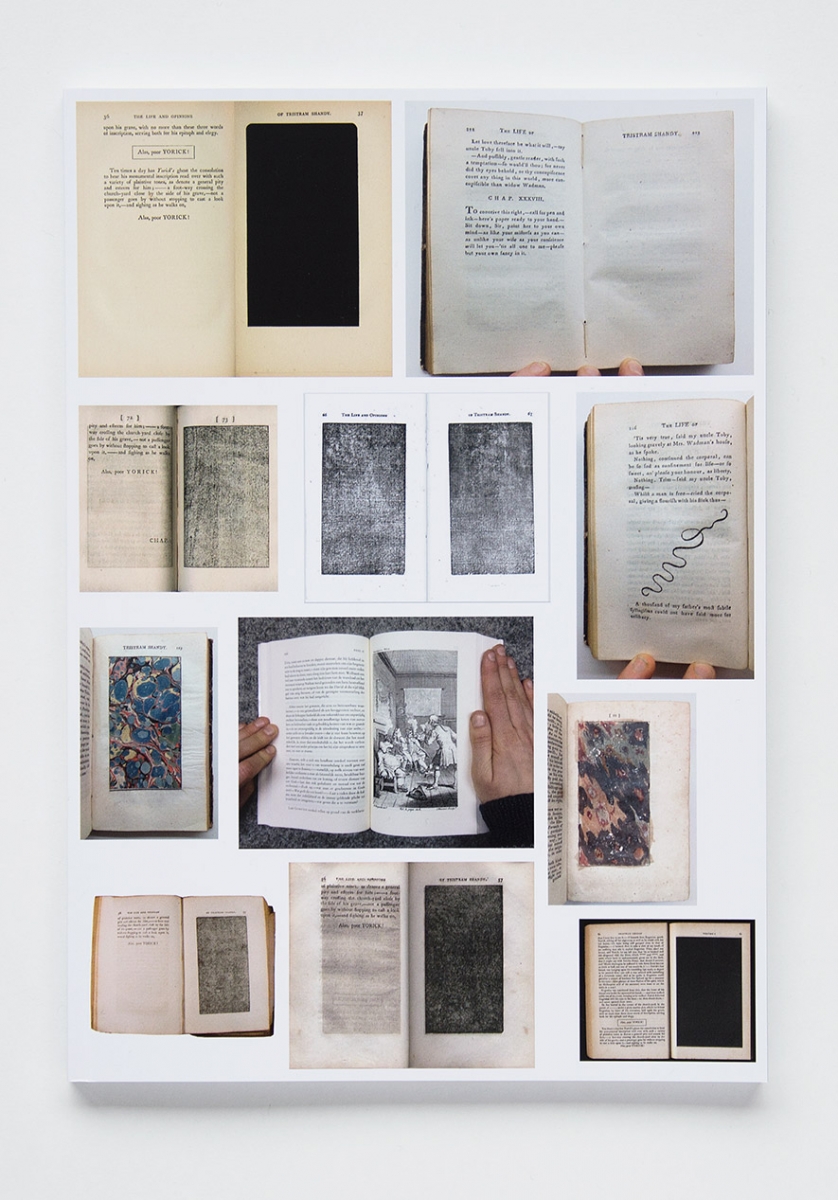 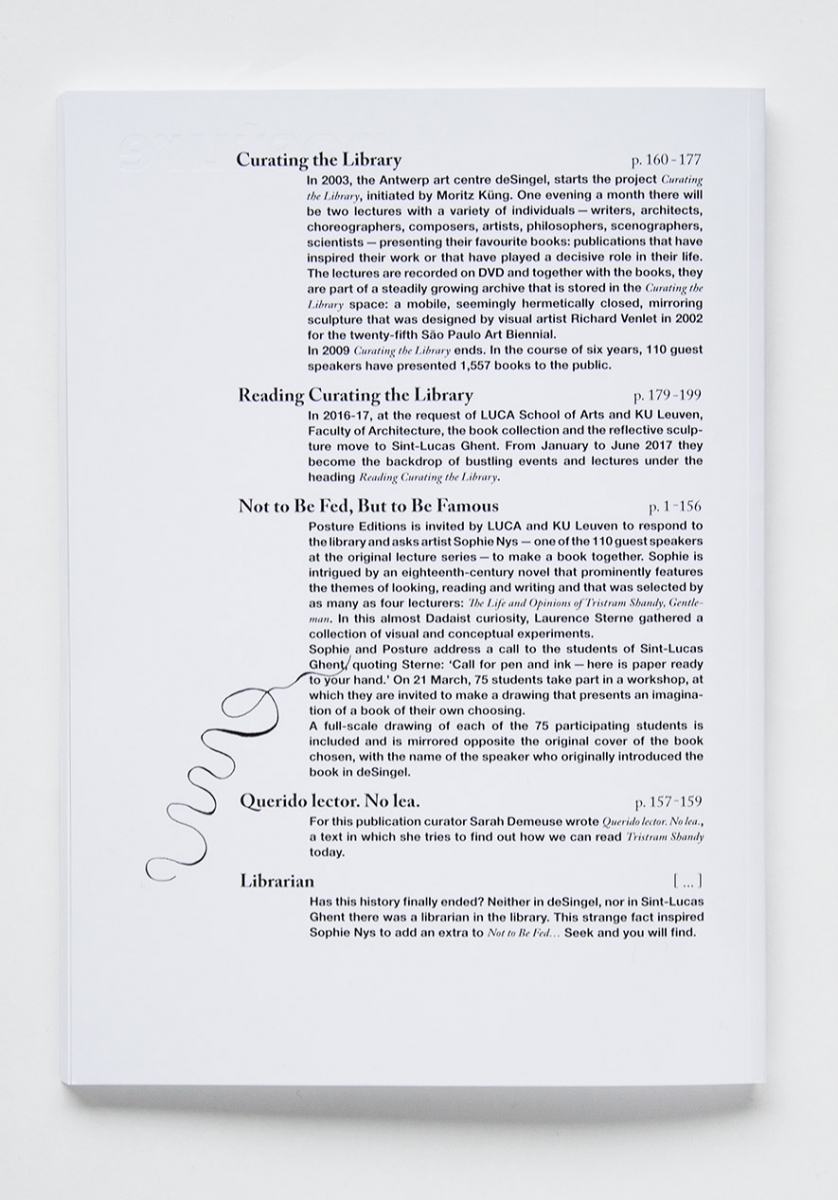 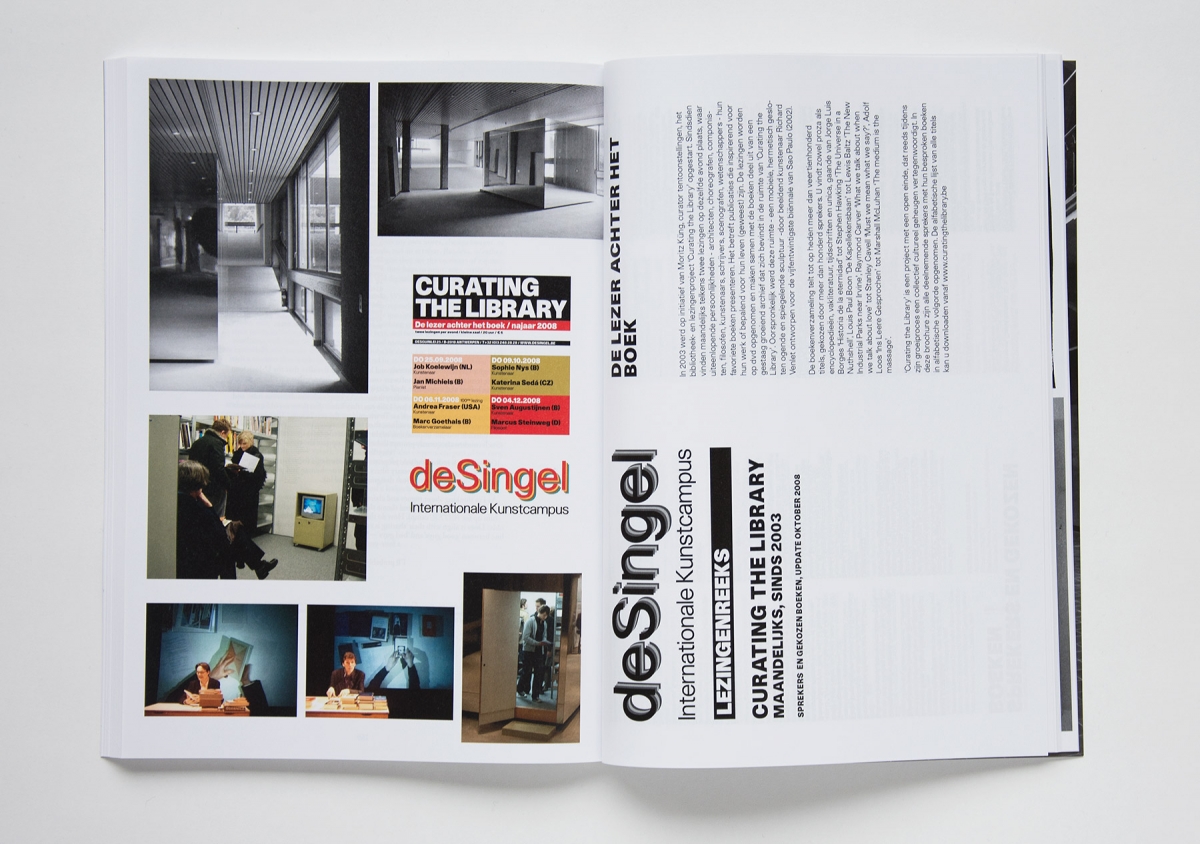 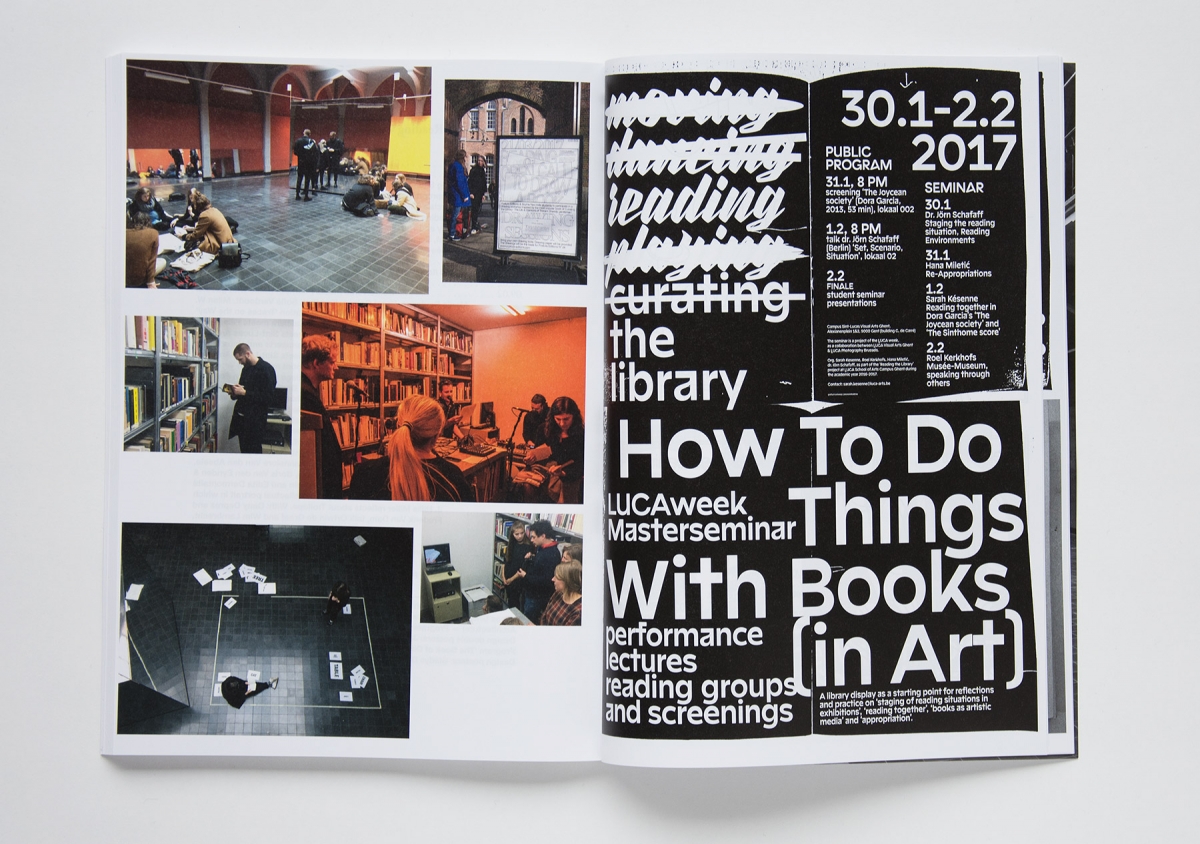 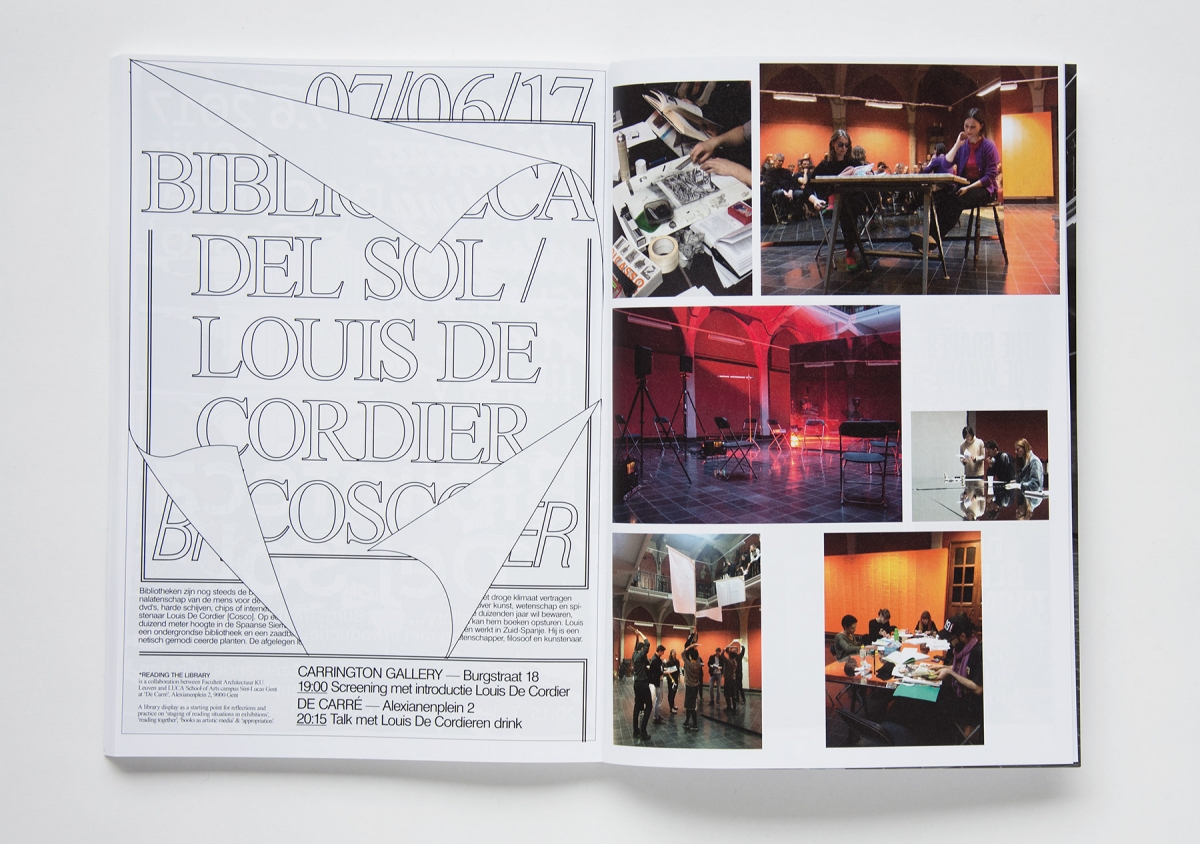 Sophie Nys Not To Be Fed But To Be Famous

Curating the Library
In 2003, the Antwerp art centre deSingel, starts the project Curating the Library, initiated by Moritz Küng. One evening a month there will be two lectures with a variety of individuals — writers, archi­tects, choreographers, composers, artists, philos­o­phers, sce­nog­raphers, scientists — presenting their favourite books: pub­li­cations that have inspired their work or that have played a decisive role in their life. The lectures are recorded on DVD and together with the books, they are part of a steadily growing archive that is stored in the Curating the Library space: a mobile, seemingly hermetically closed, mirroring sculpture that was designed by visual artist Richard Venlet in 2002 for the twenty-fifth São Paulo Art Biennial.
In 2009 Curating the Library ends. In the course of six years, 110 guest speakers have presented 1,557 books to the public.

Not to Be Fed, But to Be Famous
Posture Editions is invited by Wim Lambrecht (head visual arts LUCA School of Arts, campus Sint-Lucas Ghent) and Jan de Vylder (former course director KU Leuven, Faculty of Architecture) to respond to the library and asks artist Sophie Nys (b. 1974) — one of the 110 guest speakers at the original lecture series — to make a book to­gether. Sophie is intrigued by an eighteenth-century novel that prominently features the themes of looking, reading and writing and that was selected by as many as four lecturers: The Life and Opinions of Tristram Shandy, Gentle­man. In this almost Dadaist curiosity, Laurence Sterne gathered a collection of visual and conceptual experiments.
Sophie and Posture address a call to the students of Sint-Lucas Ghent, quoting Sterne: ‘Call for pen and ink — here is paper ready to your hand.’ On 21 March, 75 students take part in a workshop, at which they are invited to make a drawing that presents an imagination of a book of their own choosing.
A full-scale drawing of each of the 75 participating students is includ­ed and is mirrored opposite the original cover of the book chosen, with the name of the speaker who originally introduced the book in deSingel.

Librarian
Has this history finally ended? Neither in deSingel, nor in Sint-Lucas Ghent there was a librarian in the library. This strange fact inspired Sophie Nys to add an extra to Not to Be Fed…

Launched at deSingel Antwerp, 15.12.2017
With the support of LUCA School of Arts and KU Leuven, faculty of architecture