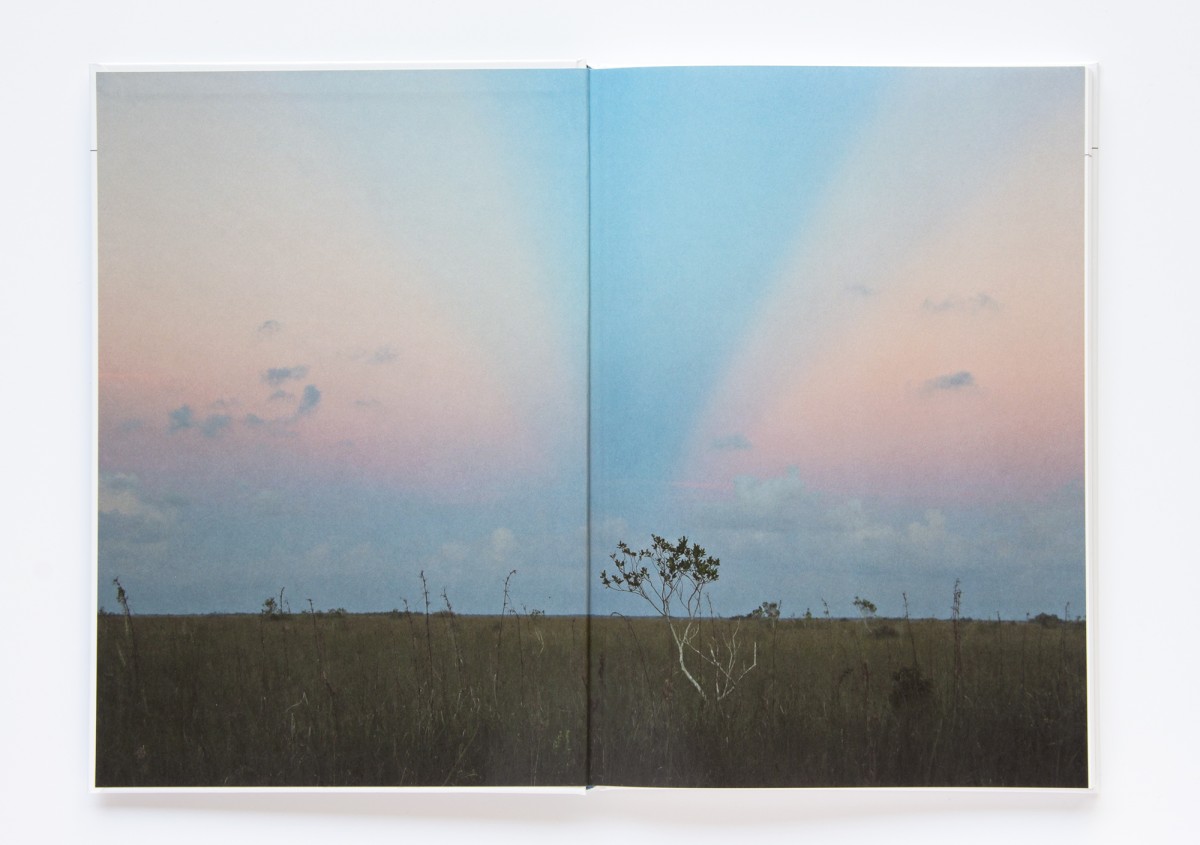 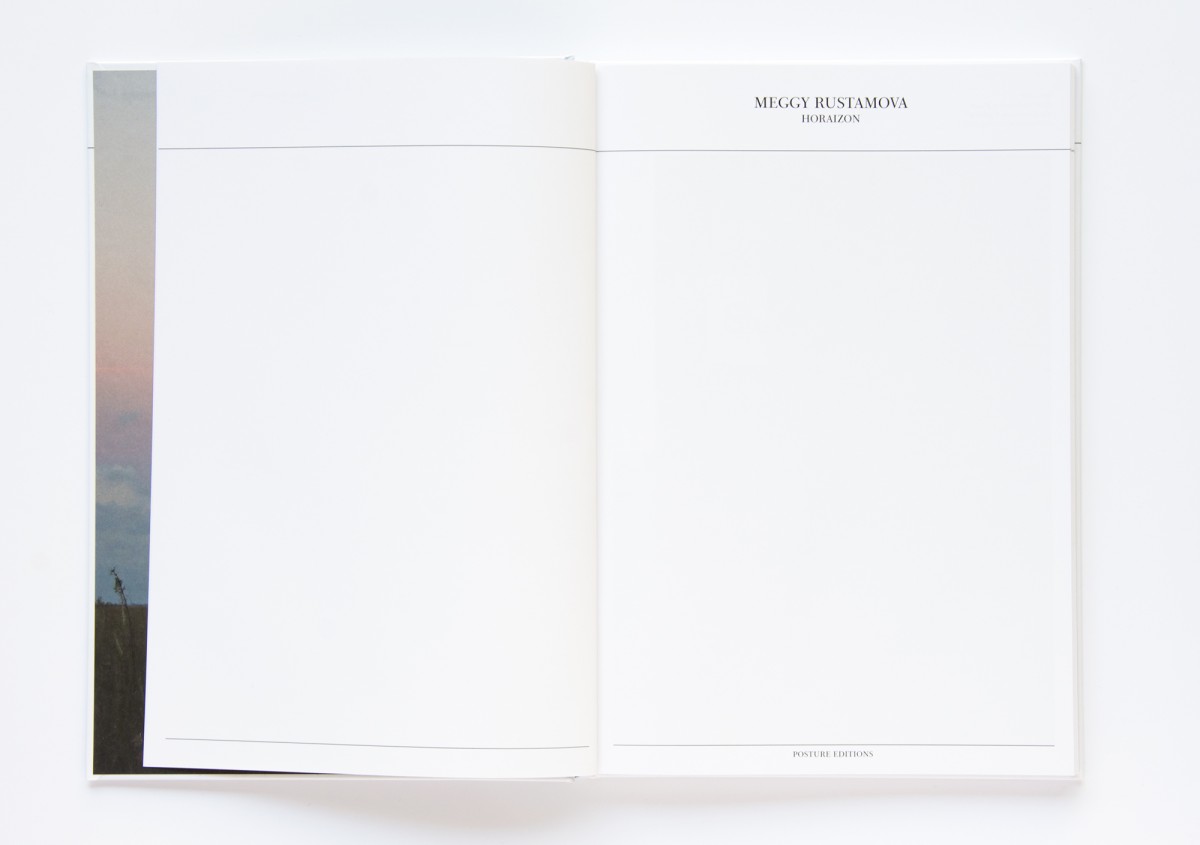 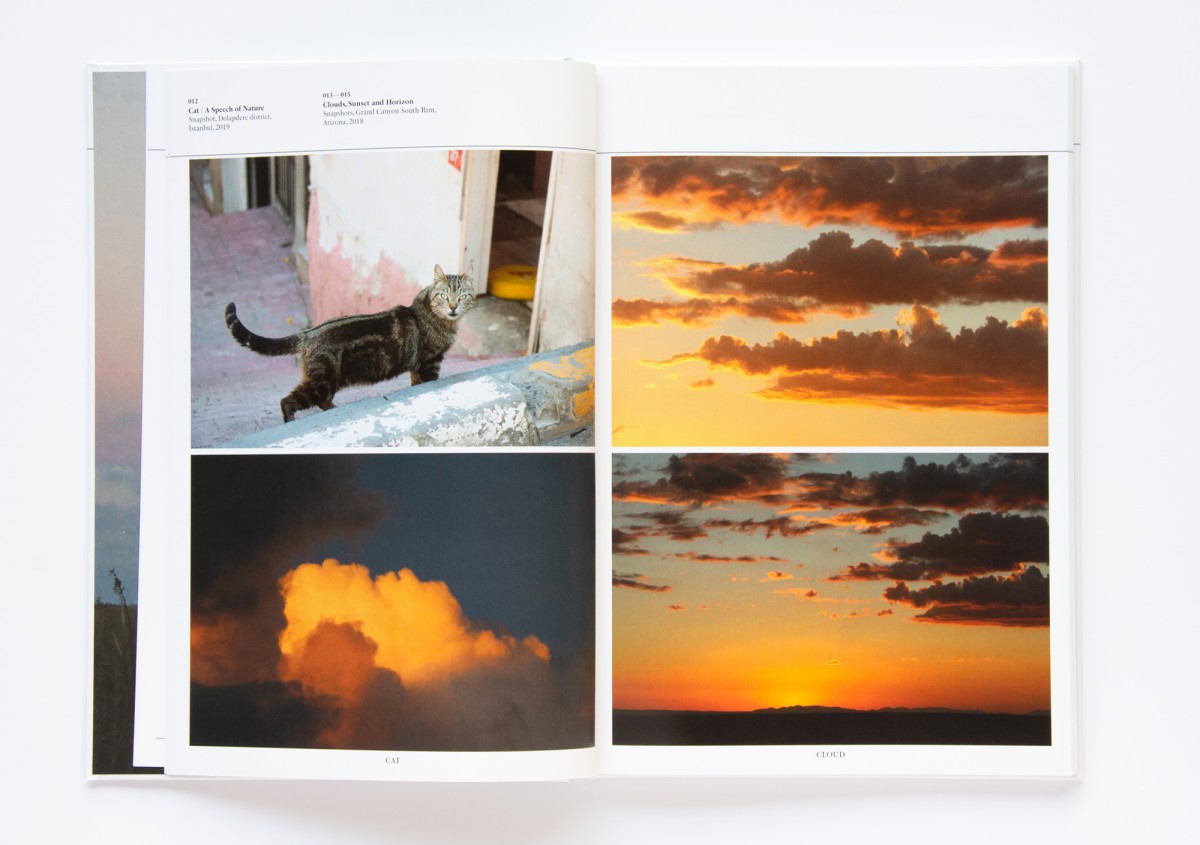 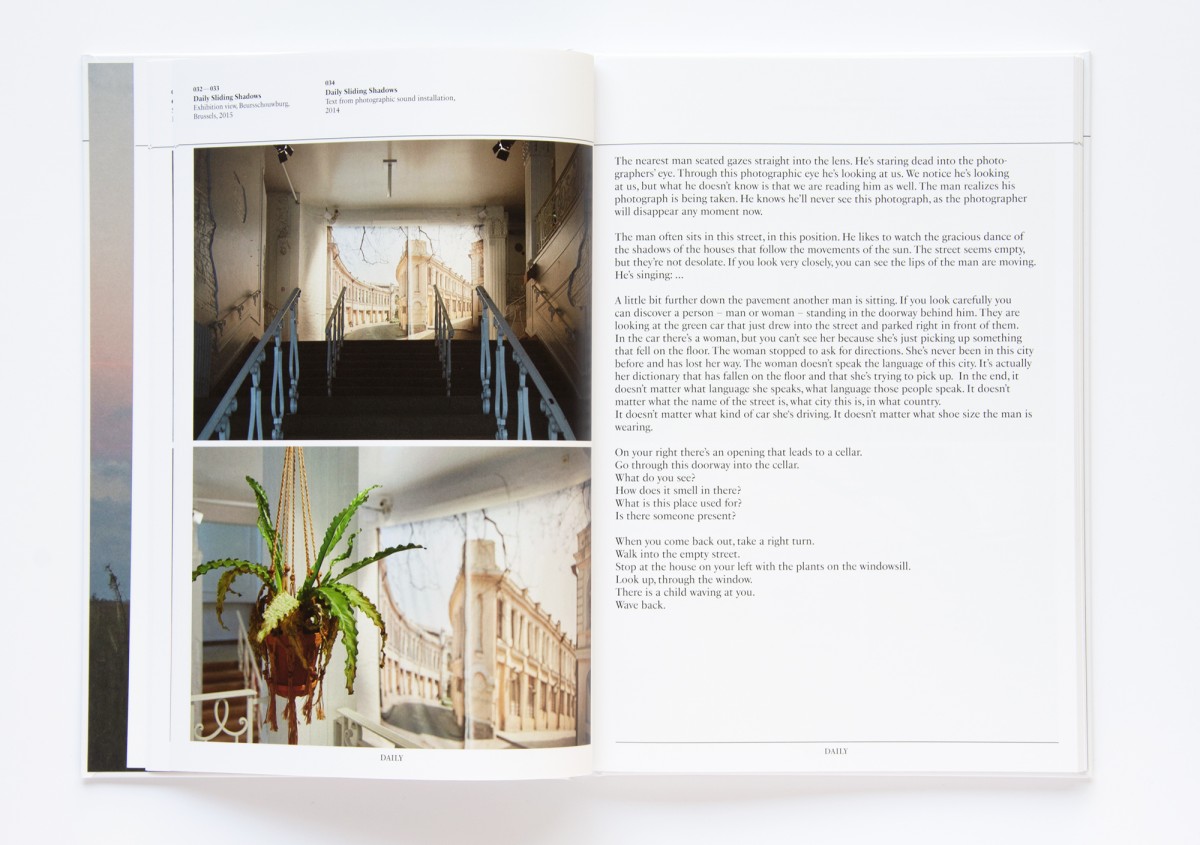 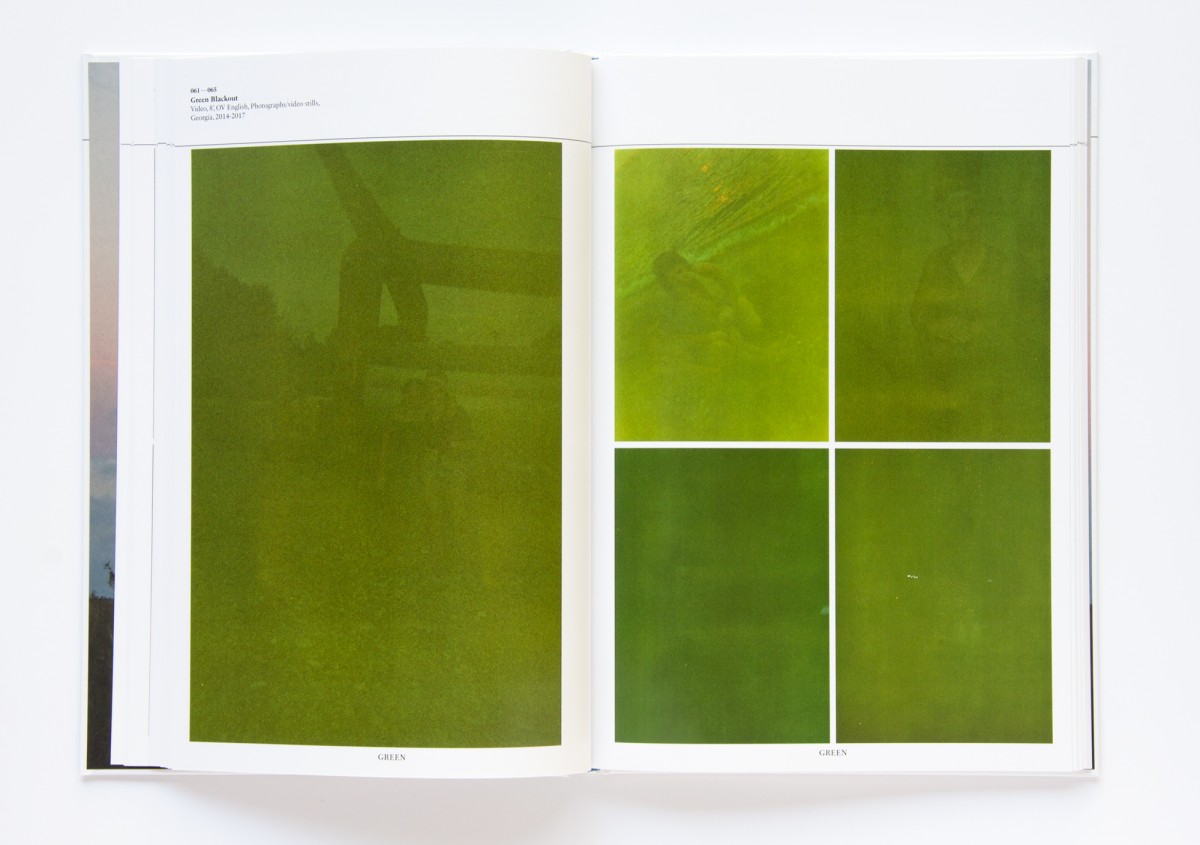 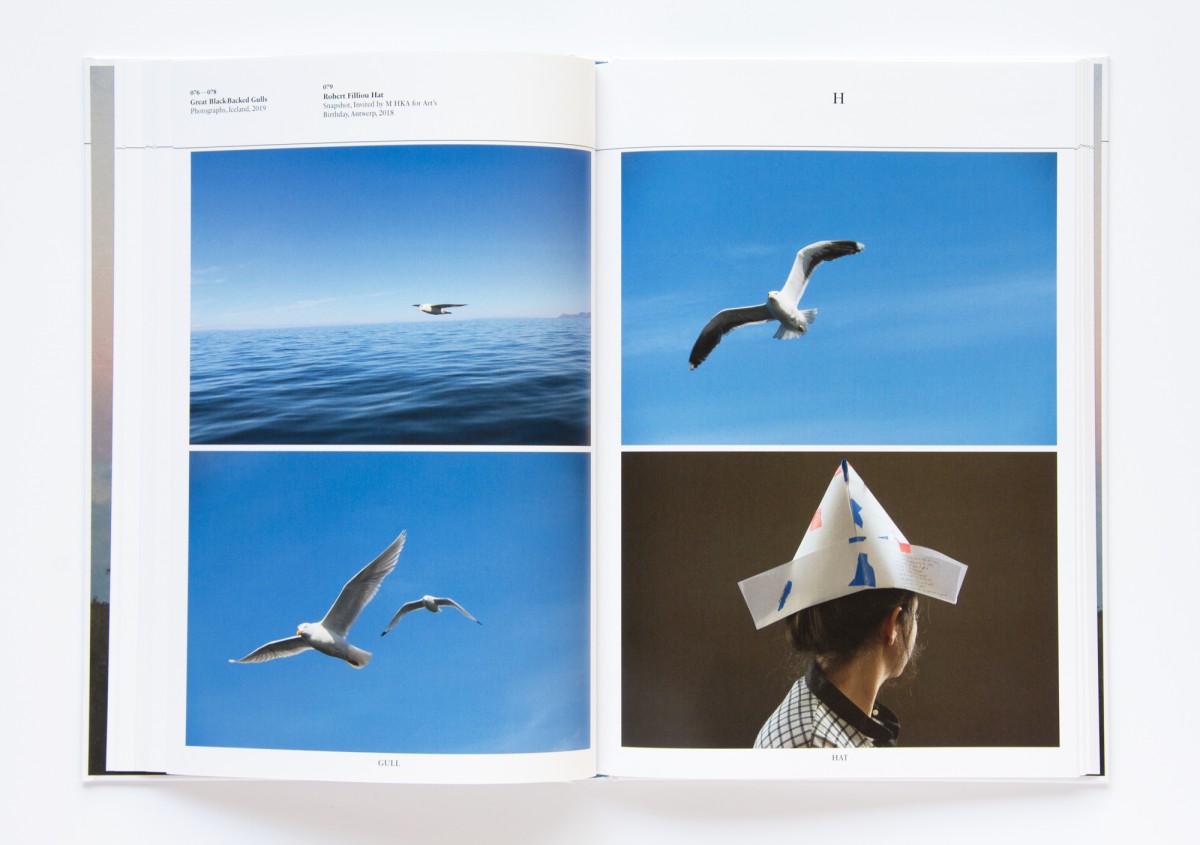 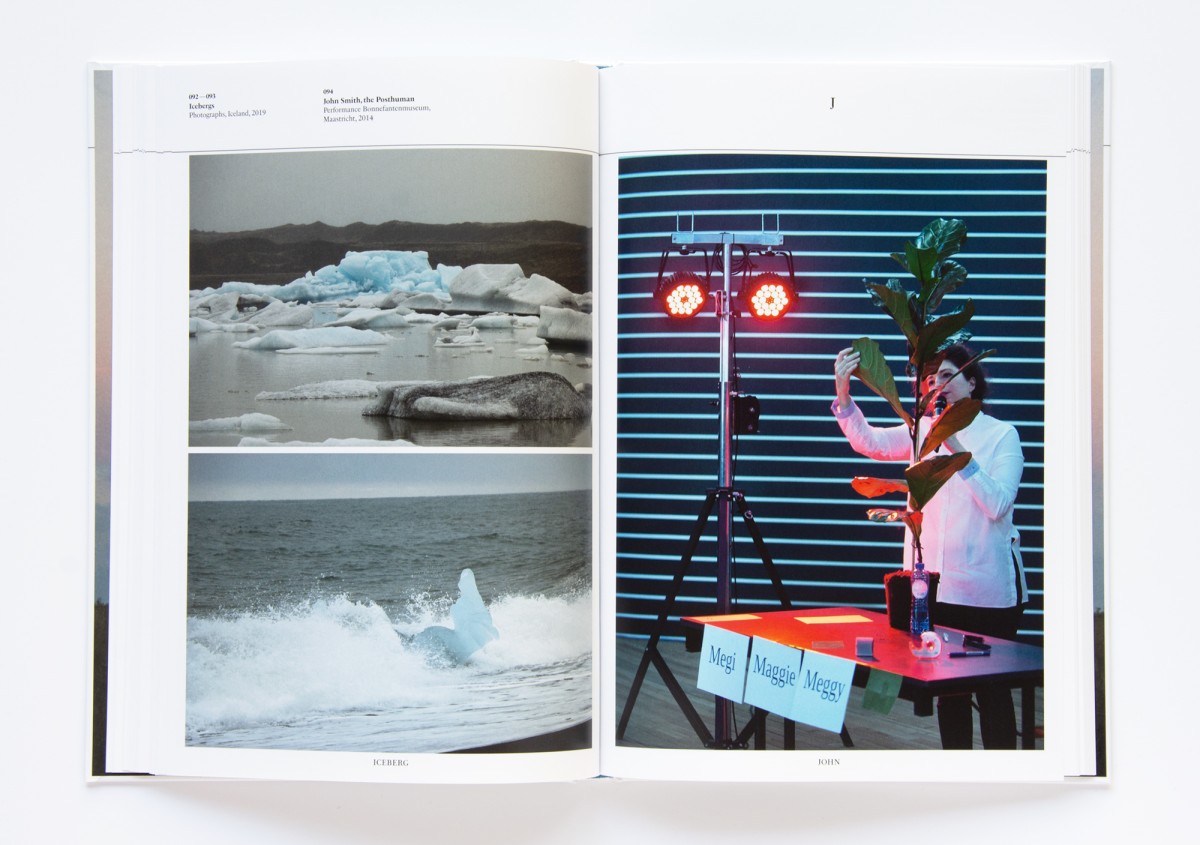 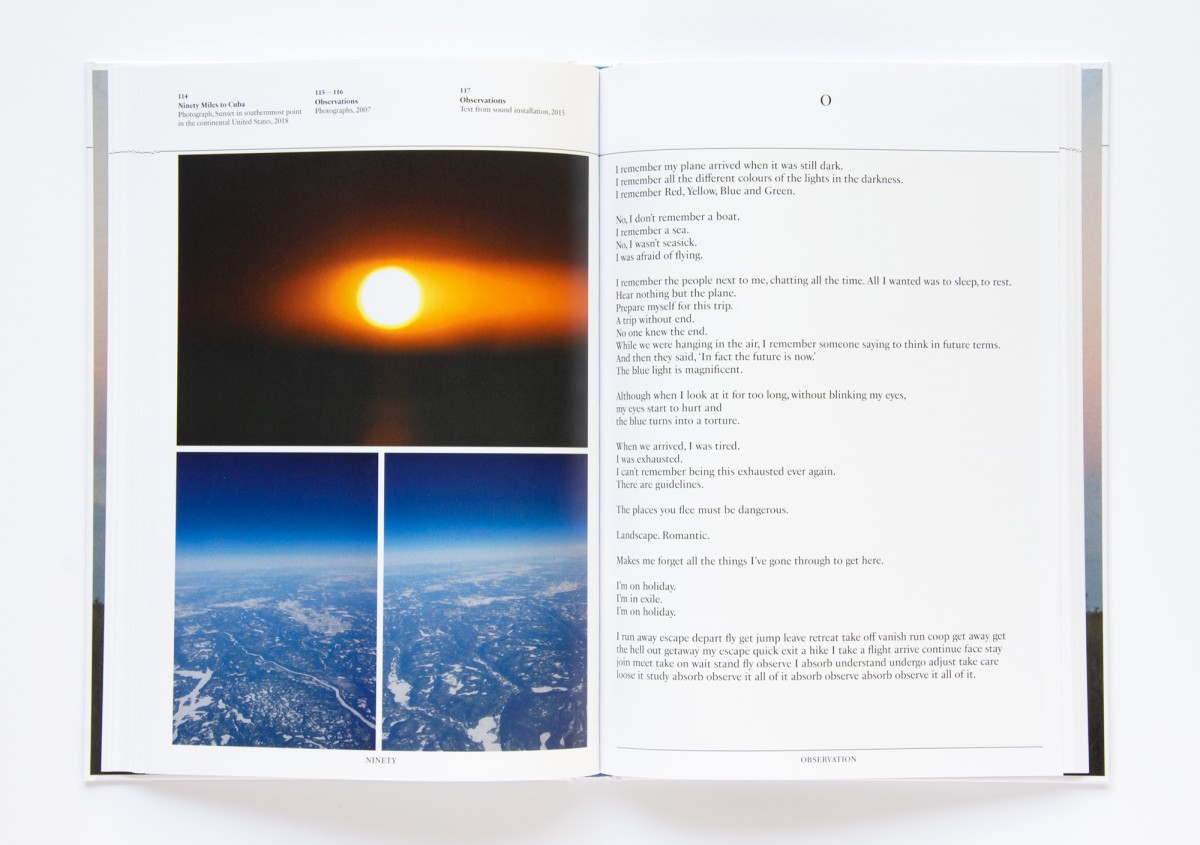 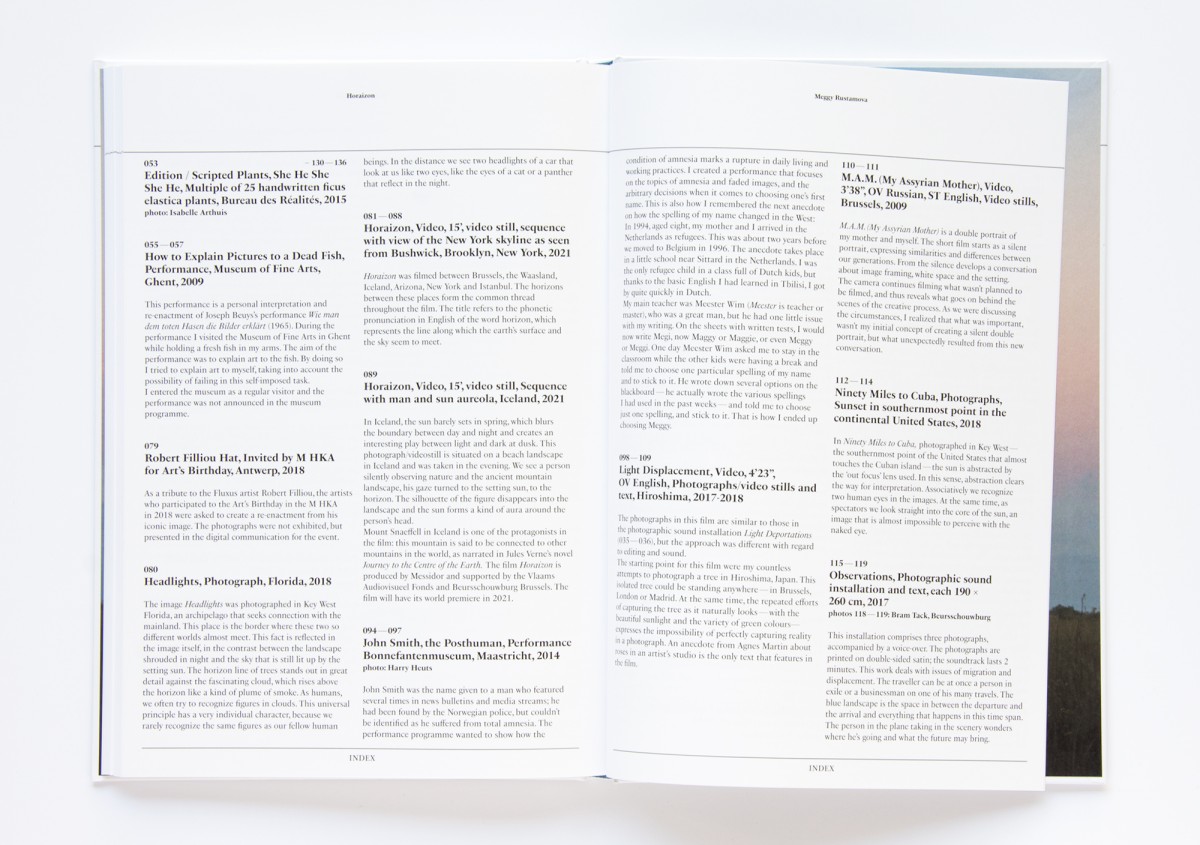 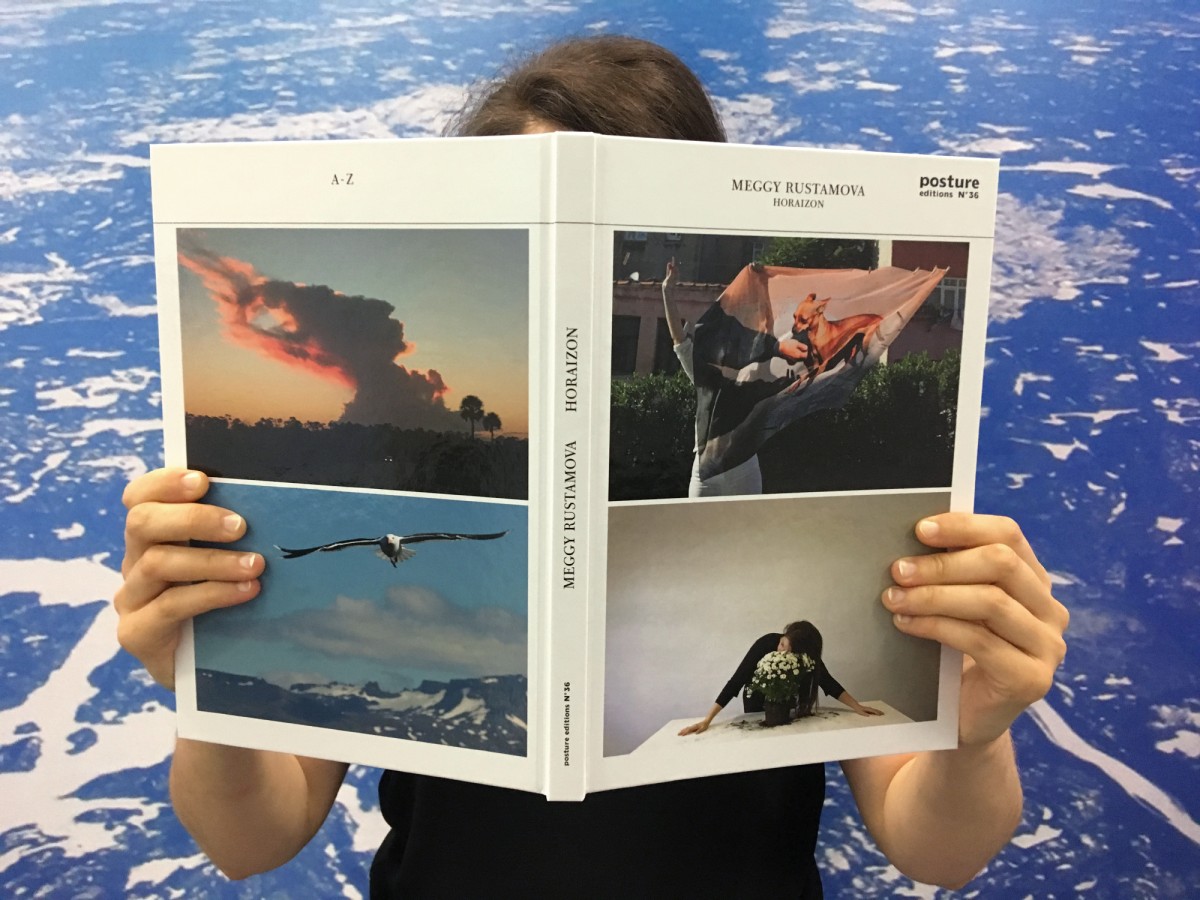 Meggy Rustamova’s (b. 1985) practice explores films and spatial installations, in which she incorporates photographs, essays and audio material; often the work has a performative character. Concerned with the relations between individual and collective memory, language and human behaviour, her works look for ways to translate the current matters and phenomena in the world.
The title of the book and the exhibition, HORAIZON, refers to the phonetic pronunciation of the English word ‘horizon’, the boundary line on which the earth’s surface and the sky seem to touch. The horizon, interpreted as ‘boundary’ or ‘line’, is equally perceptible in language, when reading between the lines, or when travelling between international borders. The contours of the land, trees or buildings, which contrast with the sky, but also the contours of shadows can be observed in many of the images in the exhibition. The works also suggest a longing for what lies behind the horizon and invite the viewer to make an imaginary journey.

On the occasion of Rustamova’s exhibition at the Vrienden v/h S.M.A.K. and the book ‘Horaizon’, the artist created a multiple. The multiple is entitled 1000 km in Vogelvlucht — 621.371 miles at Bird’s Eye View and unfolds as a storyboard, with a collection of sky views and birds the artist has captured over the past two years. From a condor in Arizona to the black-backed gulls in Iceland in the North Atlantic Ocean all through the Sea of Marmara, the book seeks to create a tale that reflects on a person’s daily need for freedom, travel and nature.