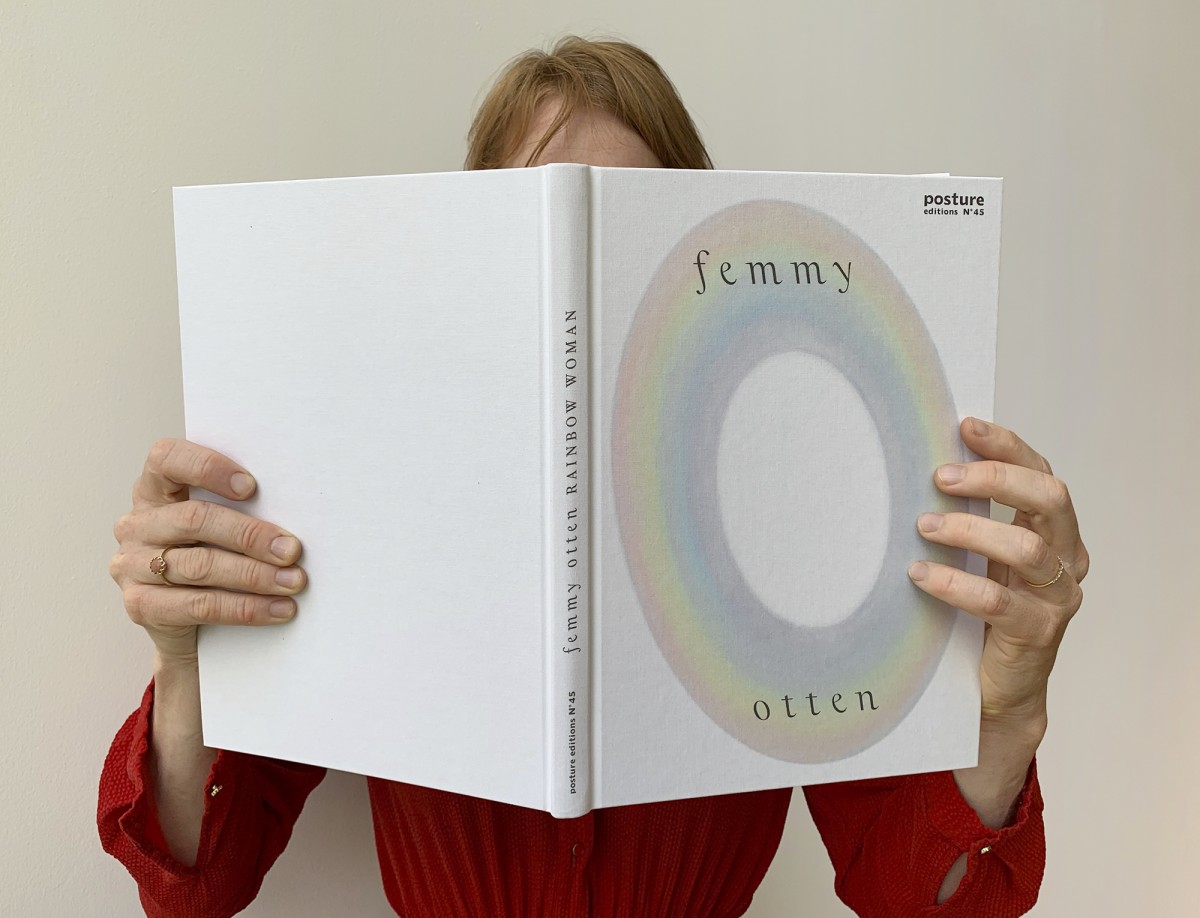 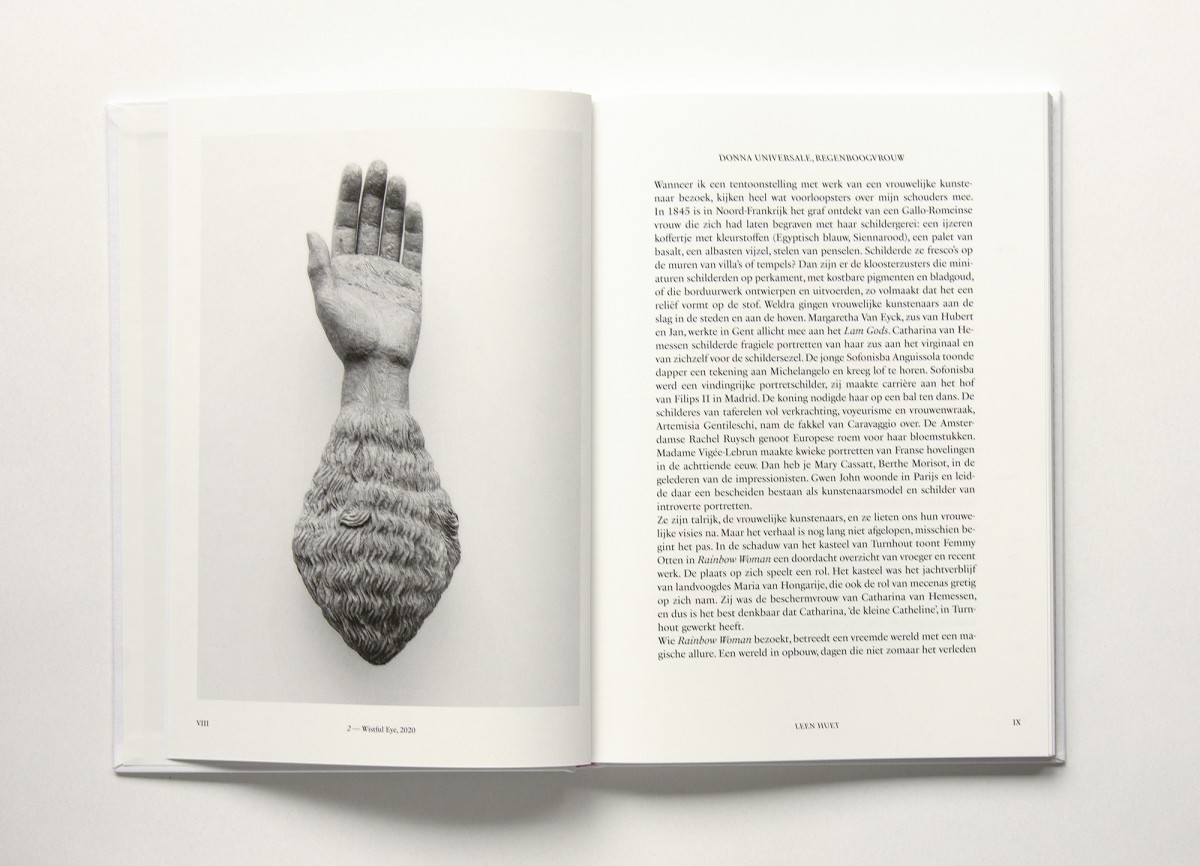 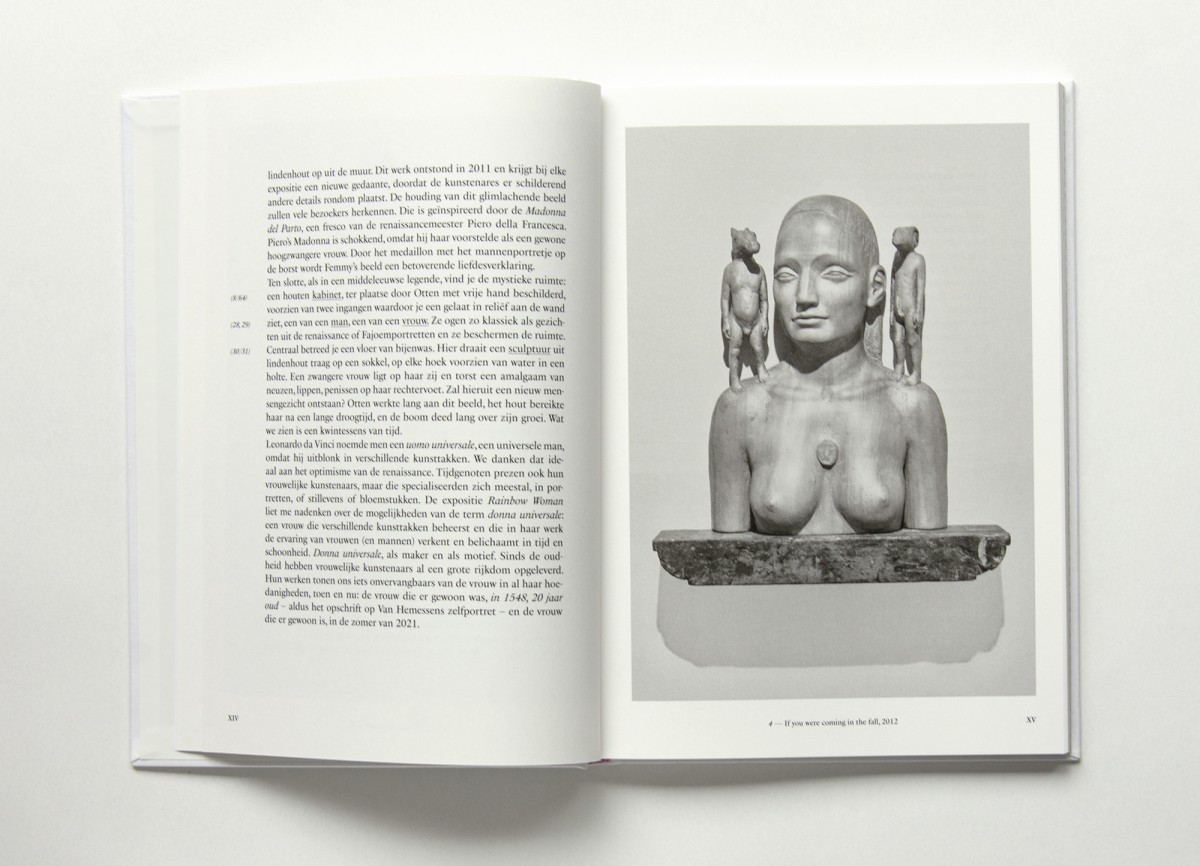 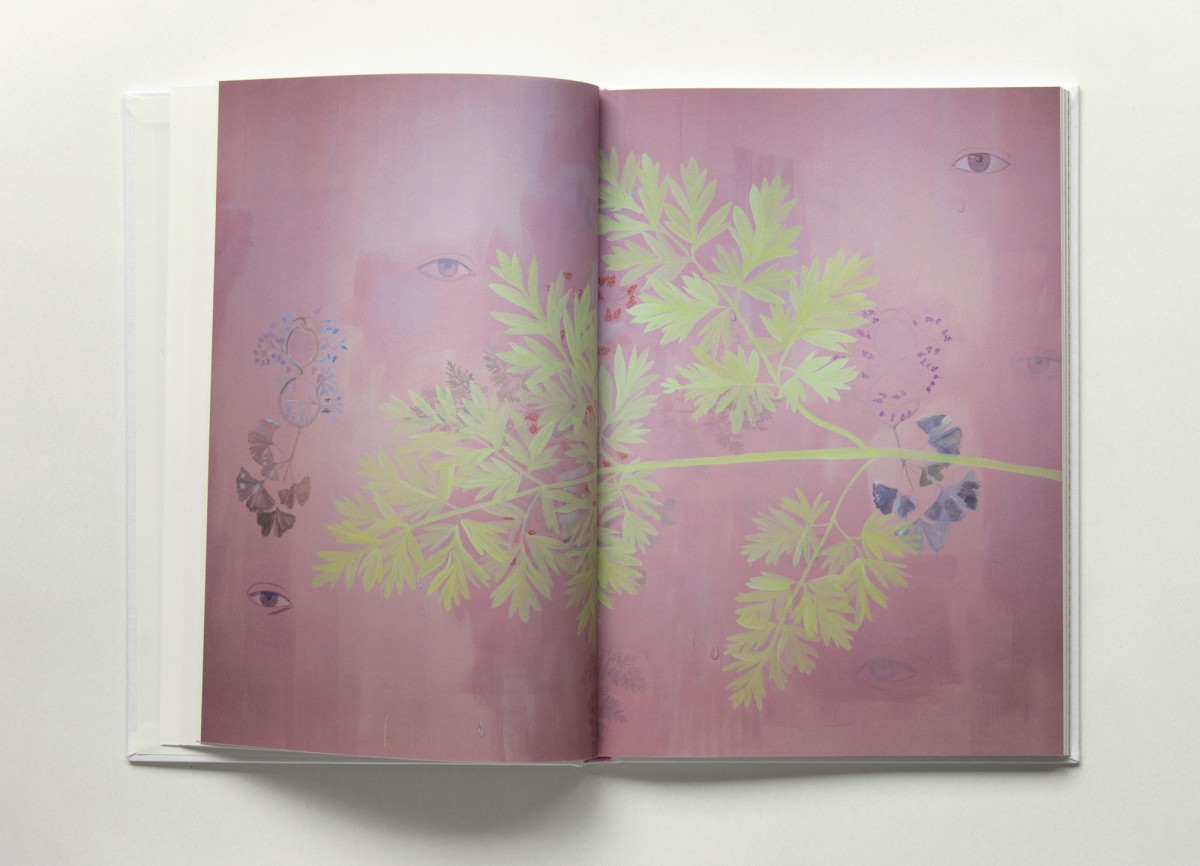 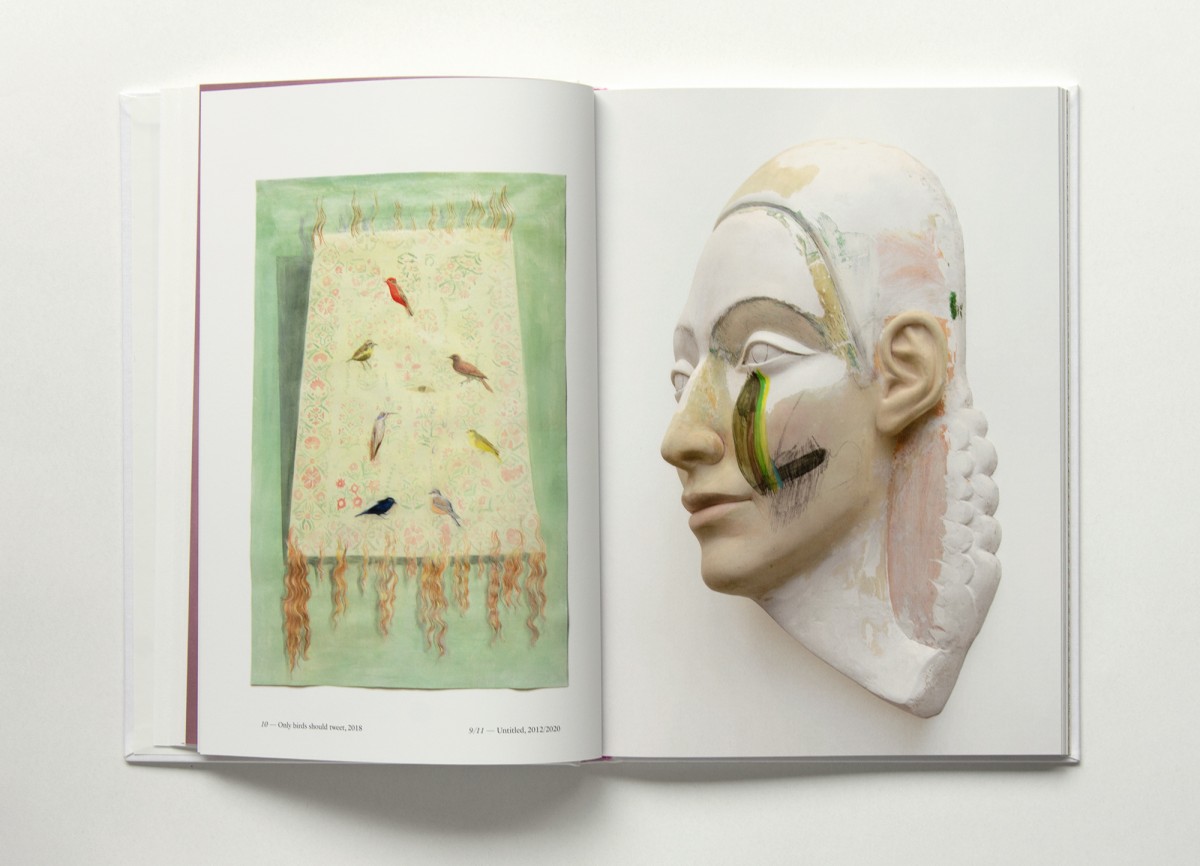 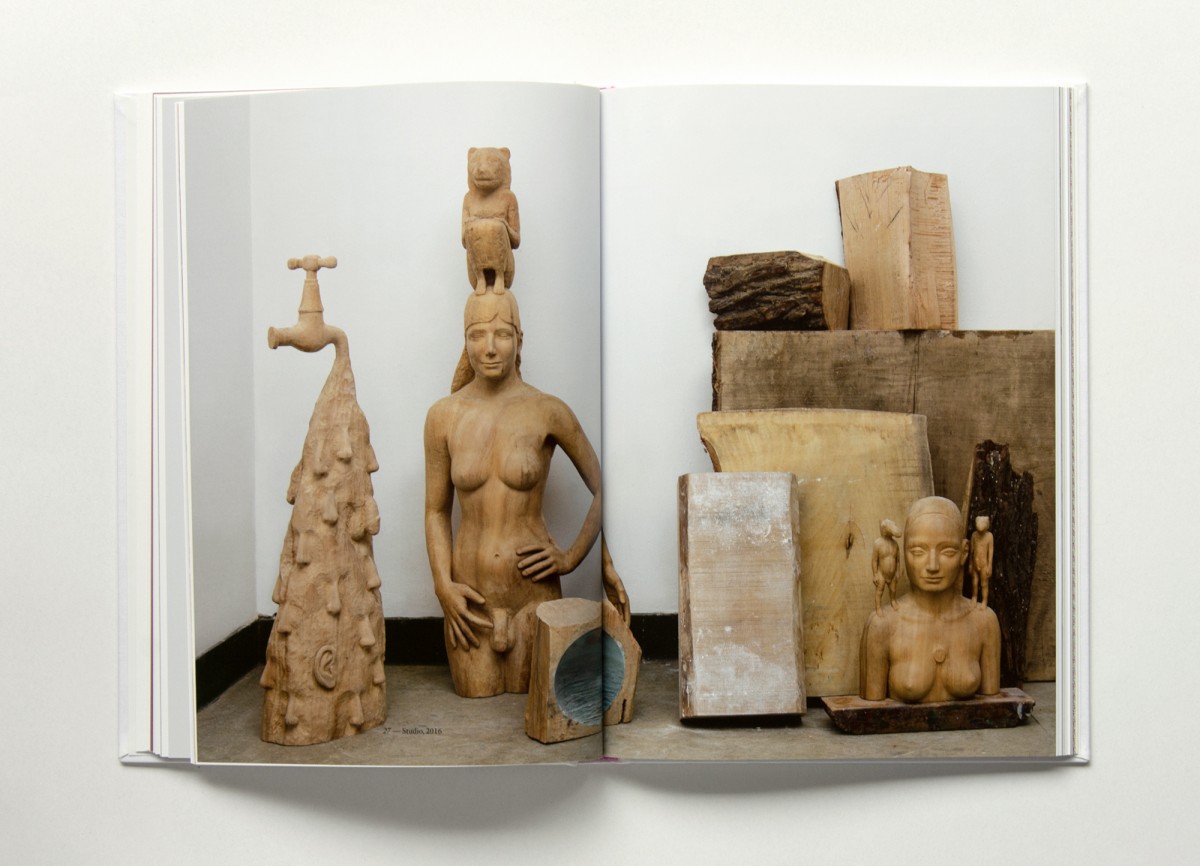 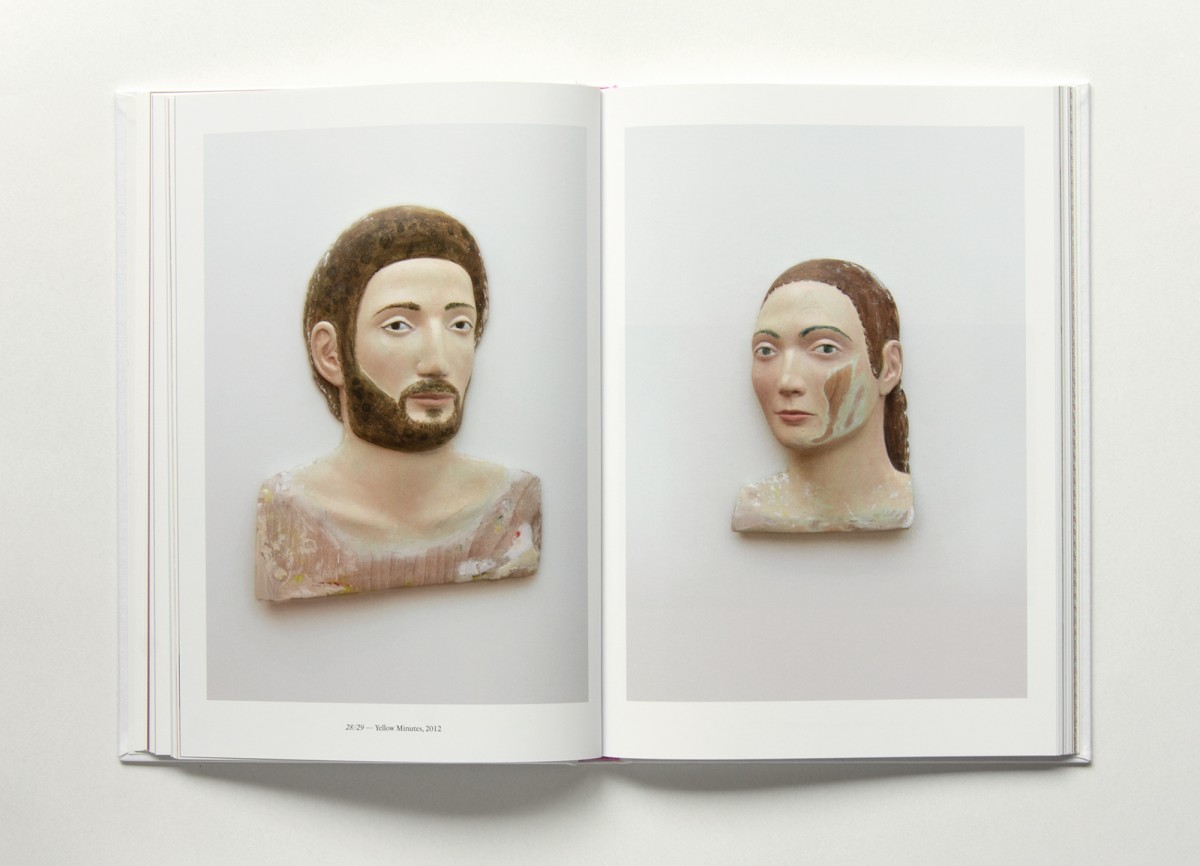 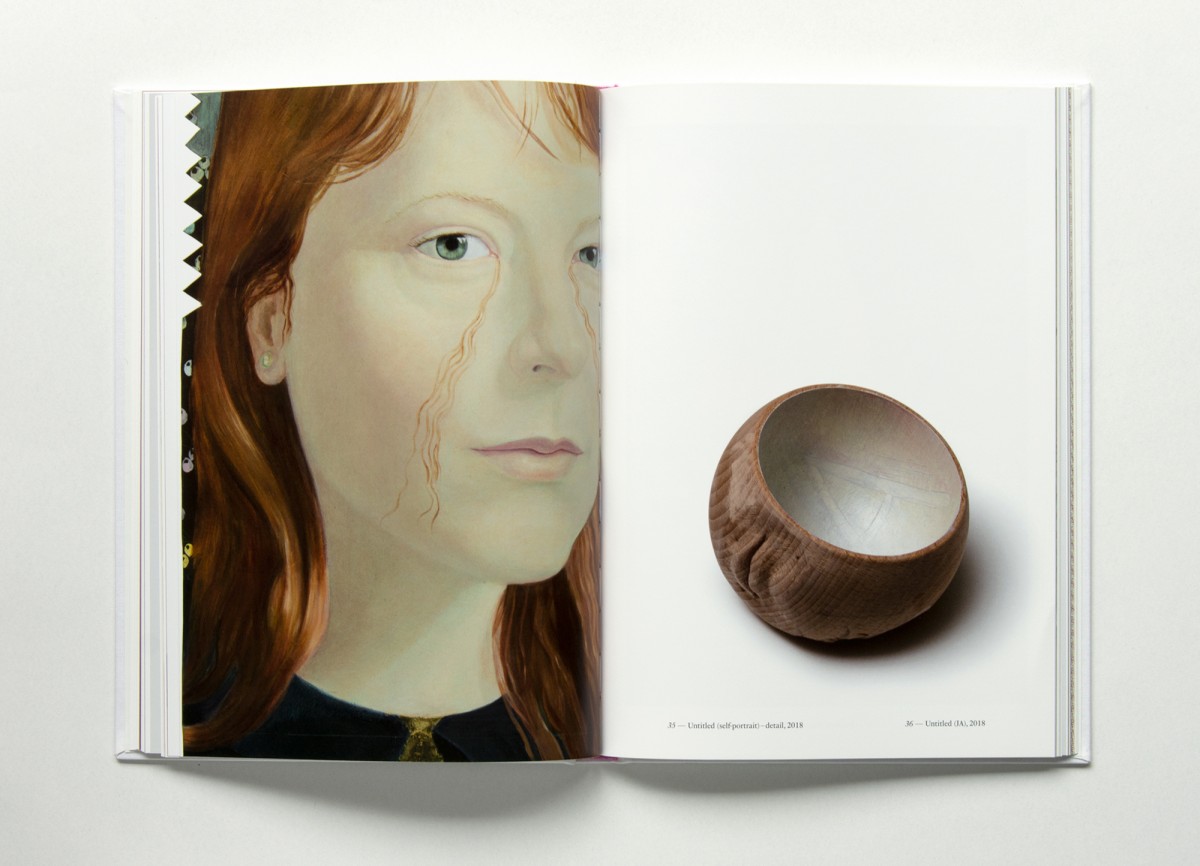 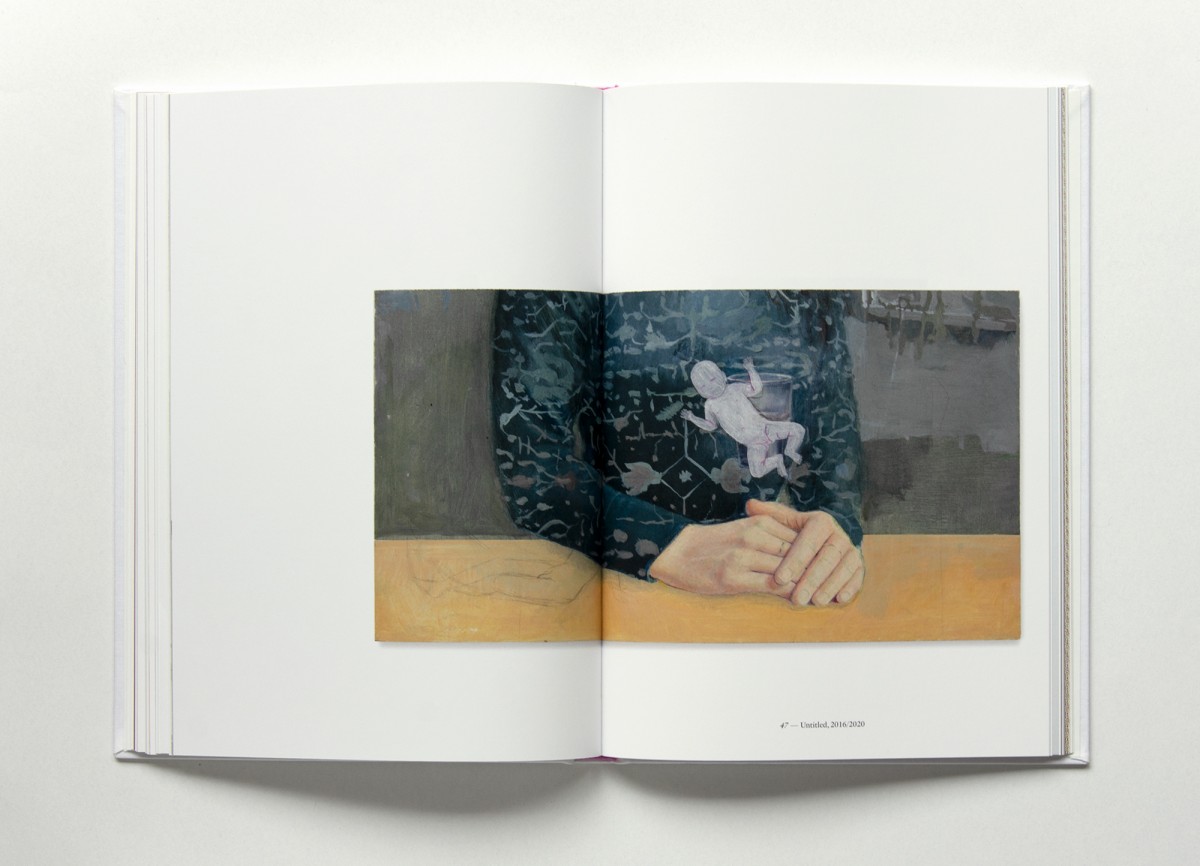 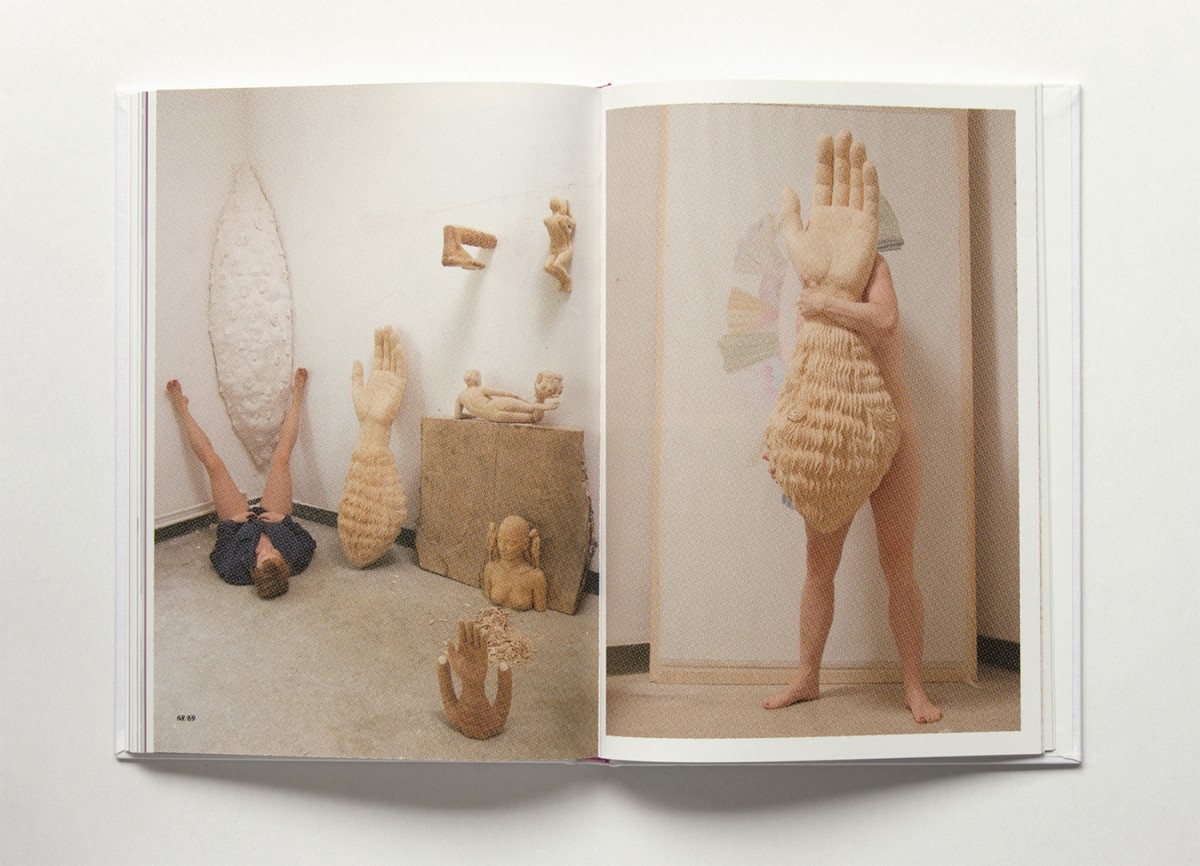 In her work, Dutch artist Femmy Otten (°1981) explores a very hybrid world of inspiration, ranging from sculptures from Greek antiquity and Italian painters of the quattrocento to American outsider art and contemporary art. She brings all these influences together in a precise yet unfathomable iconography.

The book Rainbow Woman shows mainly recent work, but also revisits a number of older works which Otten has regularly placed in a new context throughout her artistic practice and which have now also been given a new shape in the context of the exhibition in the Warande, Turnhout (01.08-07.11.2021).

Rainbow Woman shows Otten as a versatile painter, sculptor, draughtsman and performer. In ‘Donna Universale’, the art historian Leen Huet places Otten in a tradition of self-confident, female artists that Europe has known since the early Renaissance but who have only sporadically entered the history books as artistically accomplished artists.
The book has many points of contact with the exhibition Rainbow Woman but can also be seen as a sequel to the artist’s book Slow Down Love (2016, nai).