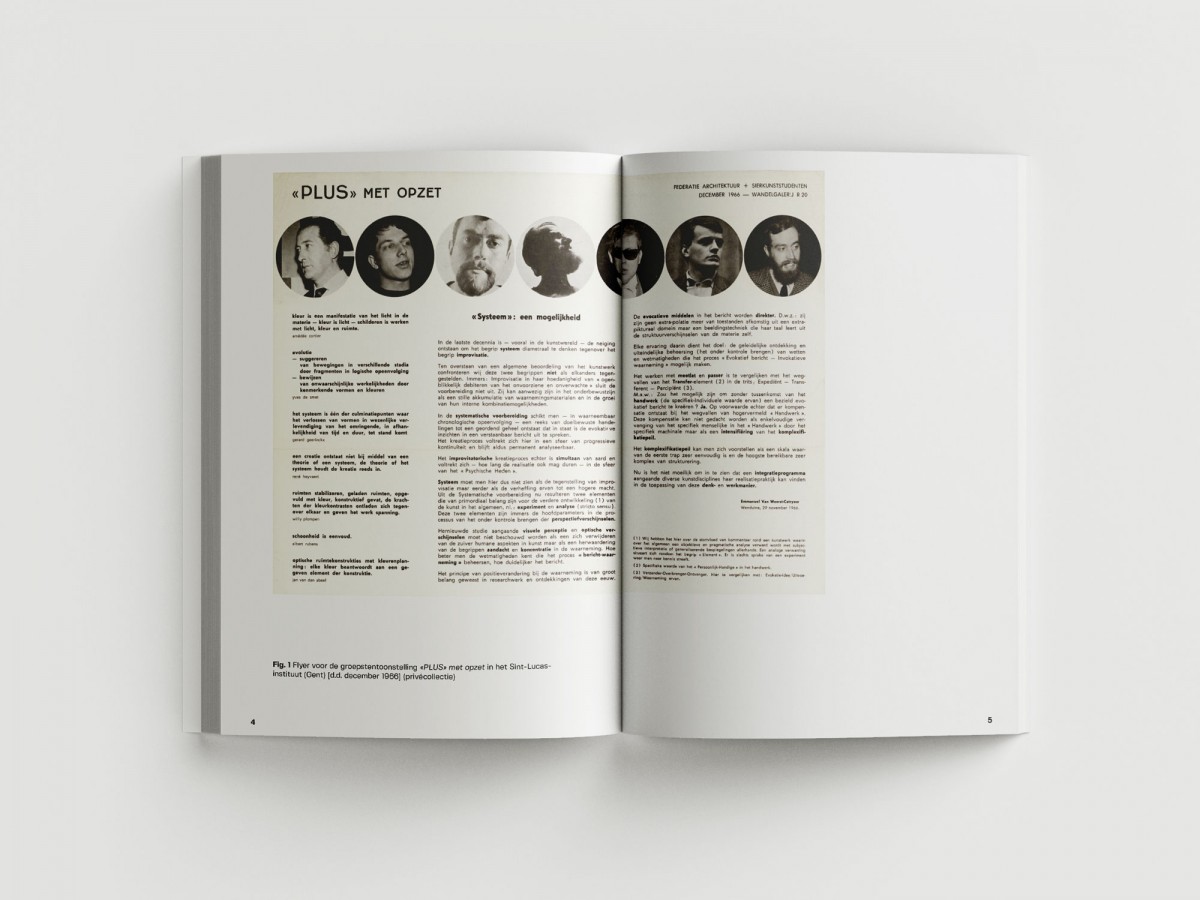 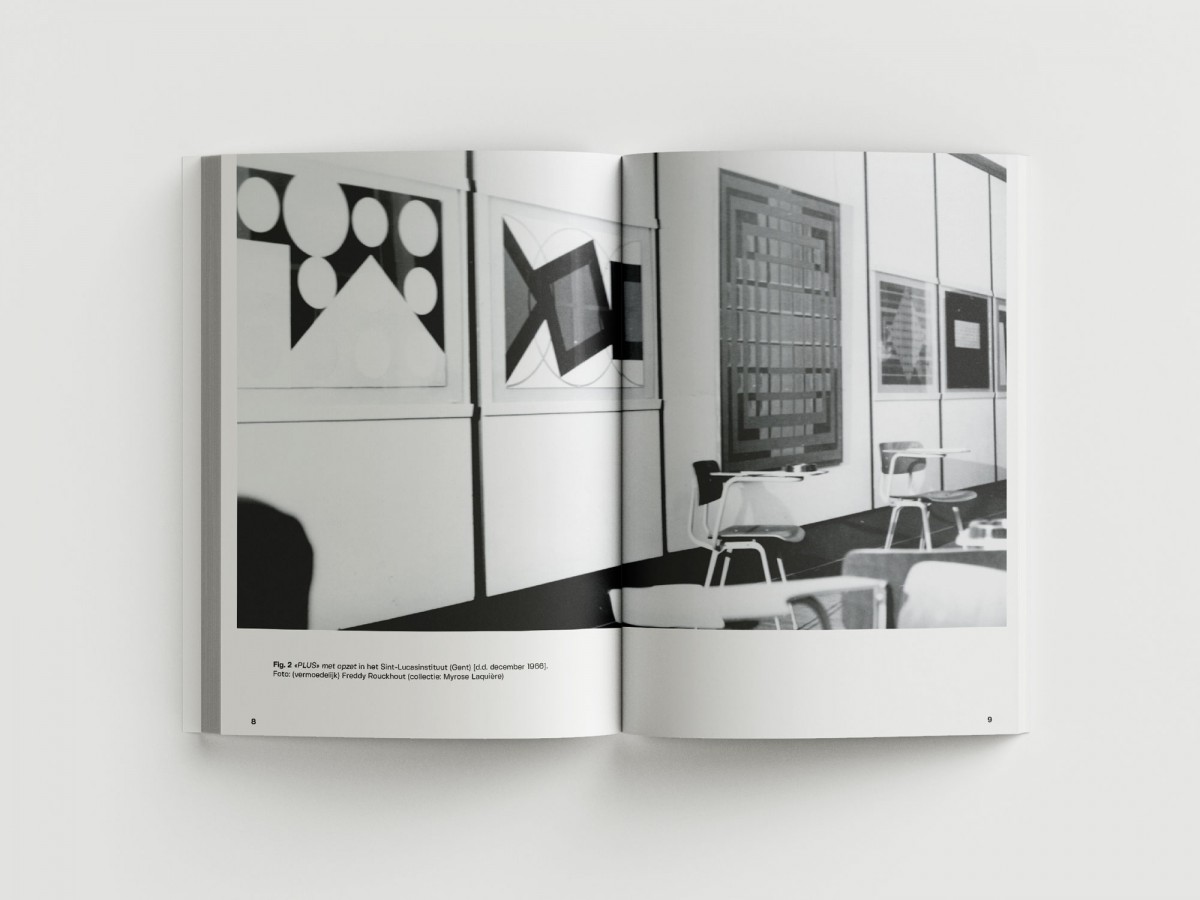 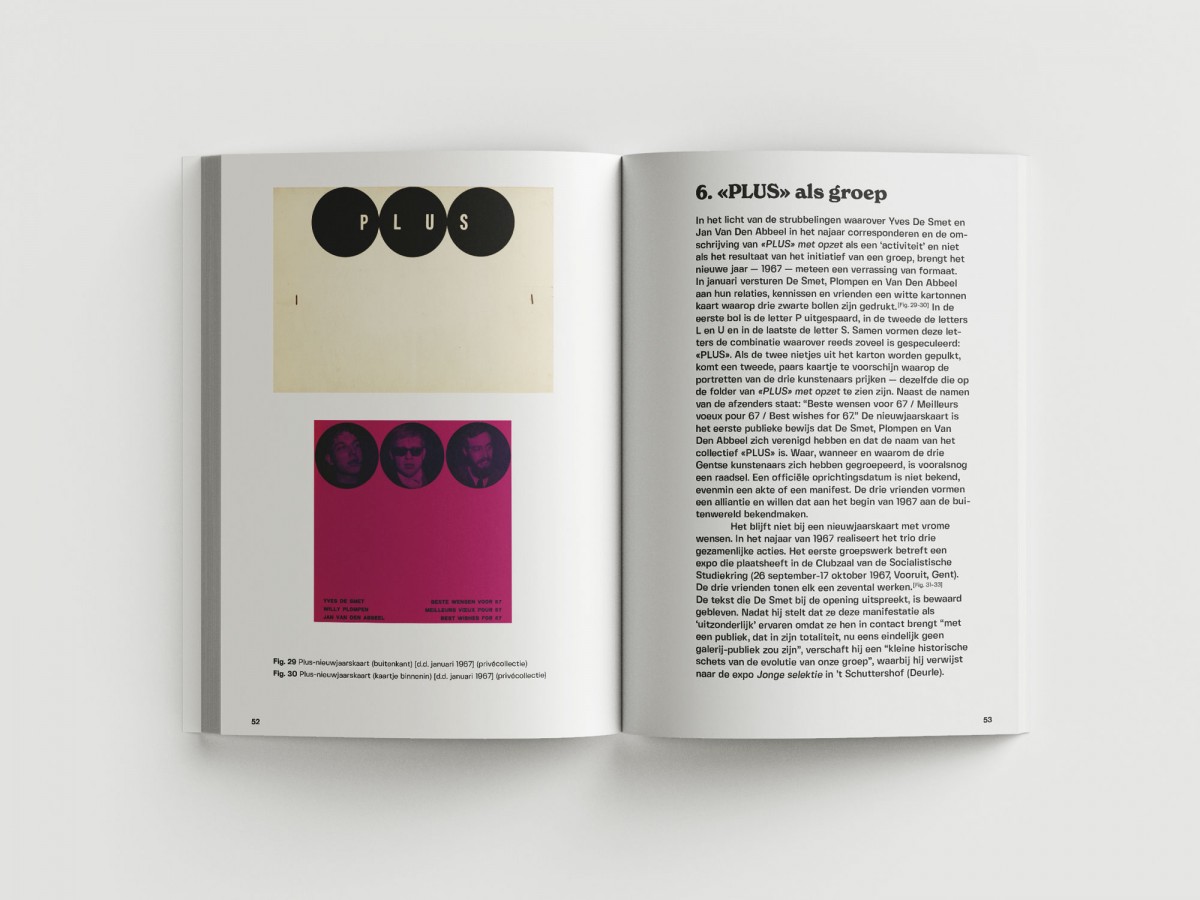 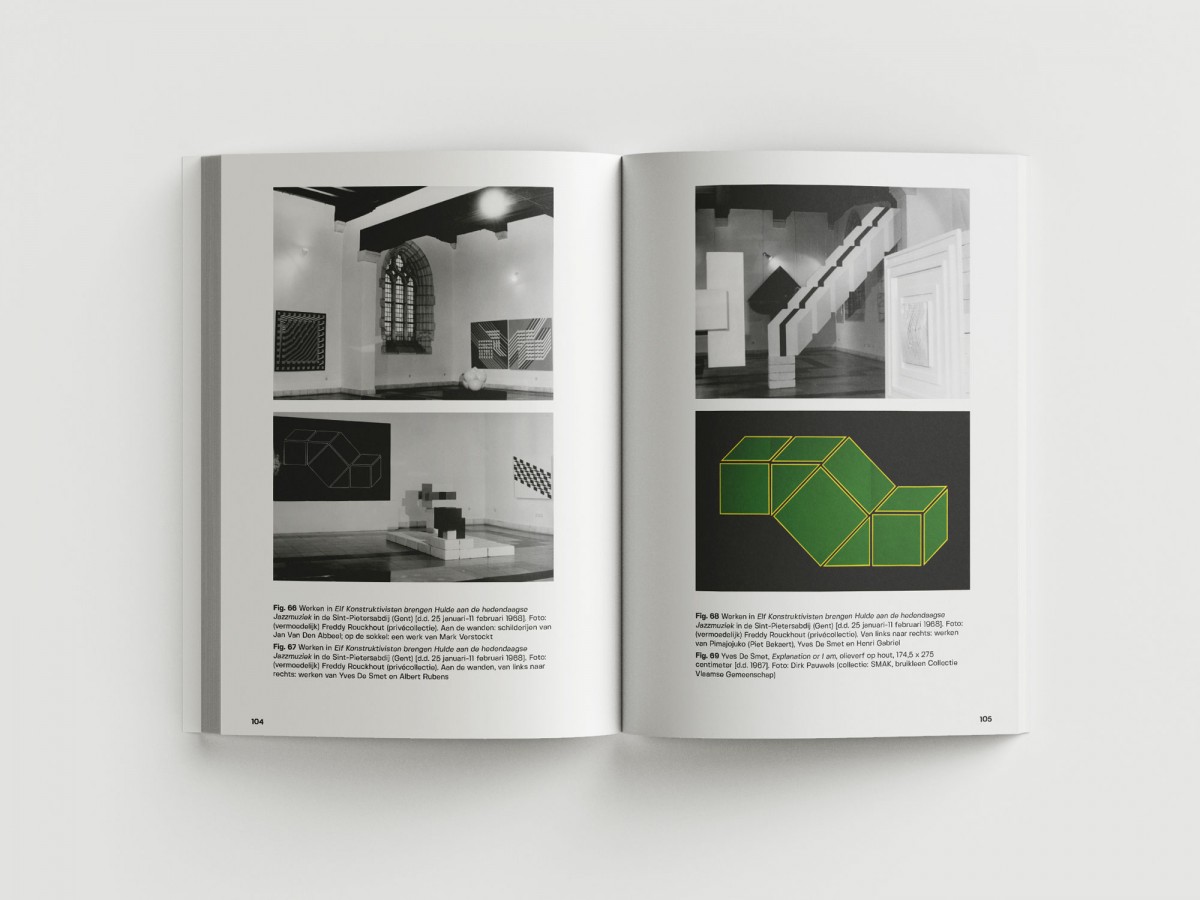 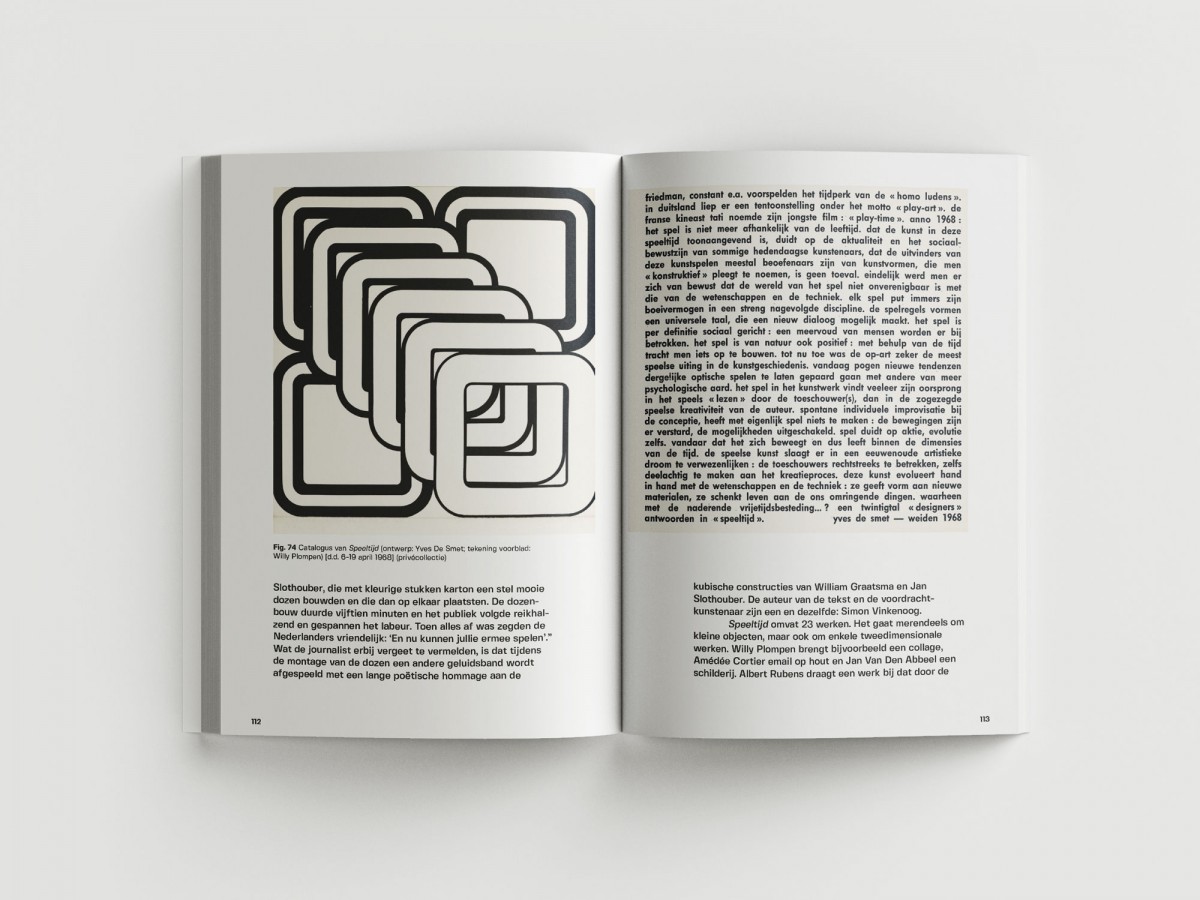 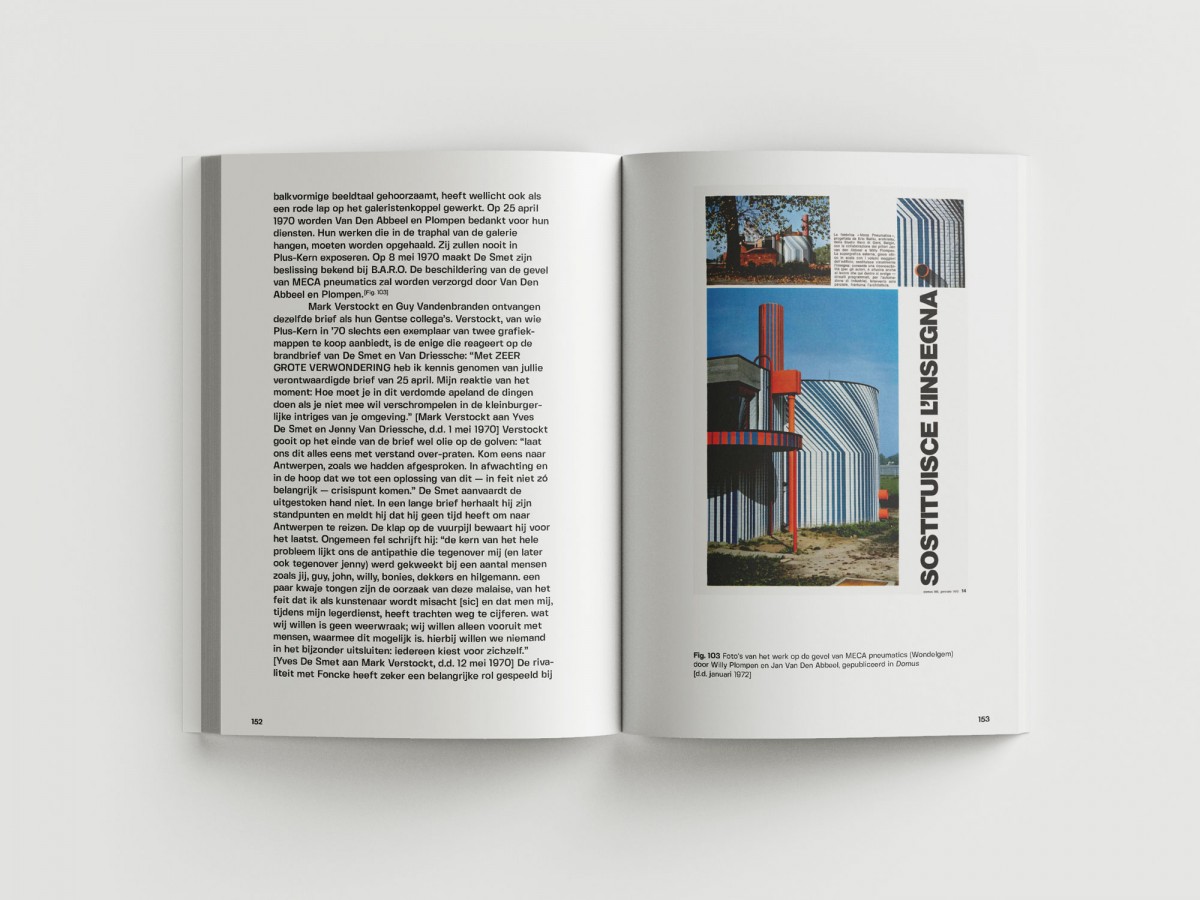 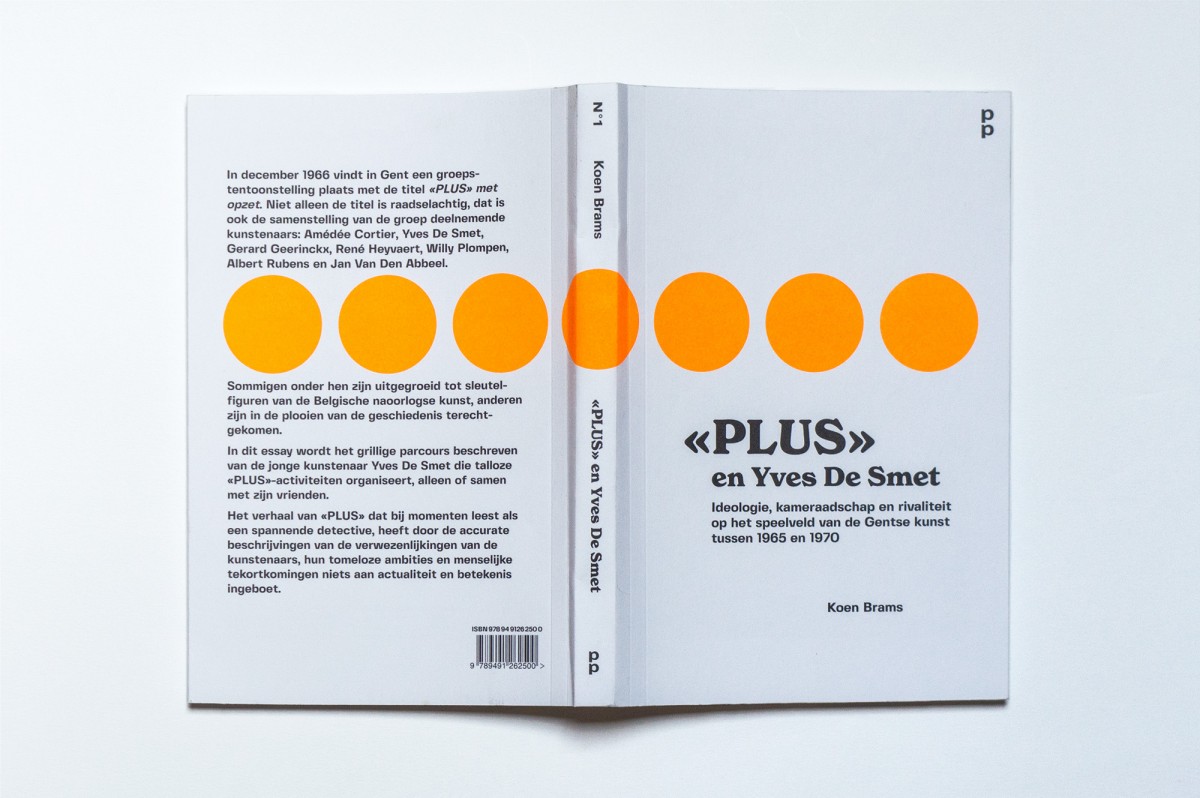 In December 1966, a group exhibition titled «PLUS» met opzet takes place at the Sint-Lucas Institute in Ghent. What does this title mean? ‘Intentionally’ ‘Plus’? ‘Deliberately’ ‘Plus’? ‘Deliberately’ ‘Plus’? What is meant by ‘PLUS’ with intent?
Not only is the title puzzling, so is the composition of the group of participating artists: Amédée Cortier, Yves De Smet, Gerard Geerinckx, René Heyvaert, Willy Plompen, Albert Rubens and Jan Van Den Abbeel. Some of them have become key figures of Belgian post-war art, others have fallen into the folds of history.
The richly illustrated essay describes the tortuous course of the figure Yves De Smet and the famous ‘PLUS’ group, which makes it read like an exciting detective at times. Yves De Smet acts as a passionate initiator, artist and group member and also fulfils the role of graphic designer, curator and gallerist.
The story of Plus has lost nothing of its topicality through the accurate descriptions of the artists’ restlessness, their unbridled ambitions and human shortcomings.